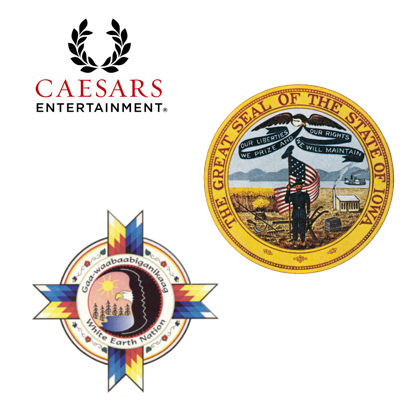 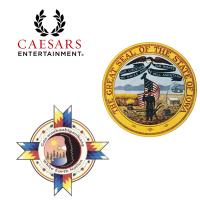 A minuscule Las Vegas strip casino owned by Caesars Entertainment will close in 60 days to allow for a larger resort. O’Sheas casino will be cleared so Caesars’ $550 million Project Linq development that incorporates the reconfigured Imperial Palace – complete with new name and theme – can be conpleted. 180 of the 285 jobs lost at O’Sheas have already been reallocated at Caesars’ other 10 resorts on the strip. Caesars Senior Vice President Jan Jones told Las Vegas Review-Journal reemploying O’Sheas’ workers was high on priority list and added it was “good news” they’re building in Sin City. The focal point of the Linq will be the world’s tallest observation wheel – at 550ft. There is provision for 1,500 permanent jobs and 3,000 in construction.

Iowa’s 18 state regulated casinos generated almost $1 billion in 2011. The Iowa Racing and Gaming Commission report the precise figure was $989.9 million, up from $945 million in 2010. It had a lot to do with the opening of the new Grand Falls Casino Resort in Lyon County, which draws much of its custom from Sioux Falls, South Dakota and locations in southwest Minnesota. The money generated covers the amount paid to 10,000 workers as well as charity donations, food, equipment and any other expenses. The state’s newest casino in Lyon County generated $37.8 million of gross revenues during its first year with just shy of one million admissions (983,000).

Minnesota tribal group White Earth Nation are planning to go all-in behind their casino plan in 2012. Chairperson Erma Vizenor told a gathering of its members that the group “needs money” and that they’re prepared to borrow $700 million to get the project off the ground.

“Are we going to sit up here in Mahnomen, Minnesota and in White Earth in our tribal council offices and do nothing and get by with what we have? I say no,” she added.