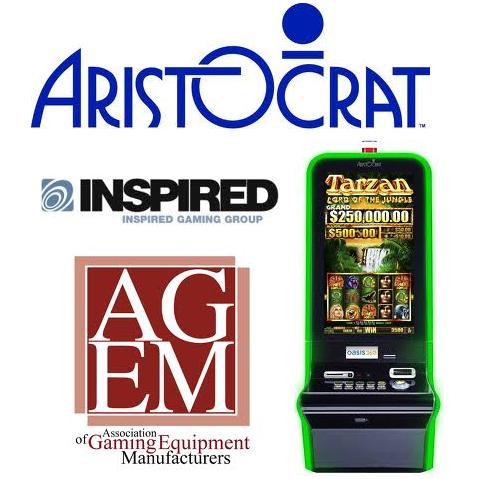 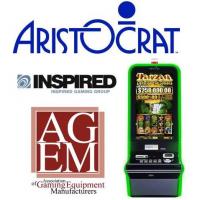 Aristocrat Technologies has announced its new multi-play, multi-game – the follow up to its Tarzan Lord of the Jungle game – named Tarzan & Jane Forbidden Temple.

International server-based gaming specialist Inspired Gaming Group, has announced it is preparing to show its range of VLT, Virtual Sports Betting, and Casino products for the Italian market at Enada Rimini conference

Managing Director of Betting & VLT at Inspired, Martin Lucas, said: “We’re delighted with our progress in the Italian VLT market. We have the most advanced platform and are the only supplier to provide a wide range of cabinets and games from different manufacturers and developers. With relatively few platforms approved, our ability to offer the most flexibility and choice to our customers is the key to our success. We’ve enjoyed significant success with two fantastic customers, Sisal and Betplus, and we look forward to building on this in the future.”

The company will be exhibiting at hall C7 booth #001.

The Association of Gaming Equipment Manufacturers has announced the rising tide of positive economic and financial data has seen the AGEM Index climb at a rate not seen since October 2011.

With two months of positive growth in the United States labor market, coupled with rising GDP, consumer spending and confidence, the broader equities markets took note of the encouraging recovery.

During the month of February, the Dow Jones Industrial Average rose 2.5% and remained above 13,000 at the end of trading for the first time since May of 2008. Another milestone was met by the NASDAQ, which briefly reached 3,000 during the month, a level it has not seen since the tech bubble in 2000. The NASDAQ closed the month up 5.4%, while the S&P 500 posted a 4.1% gain.

For the third consecutive month, the majority of global gaming suppliers recorded a gain in their stock price. Although the overall AGEM Index has yet to recover losses witnessed in the Fall of 2011, it did grow by 3.6% during the month of February, reaching a composite score of 121.71, for a gain of 4.21 points during the shortened trading month. Compared to a year ago, the AGEM Index is up 18.0%.

Ina  press release AGEM said: “While uncertainty among elevated deficit levels still remains, a likely recession ongoing in Europe, and the long-term unemployed in the US will continue to hang over a broader recovery.”