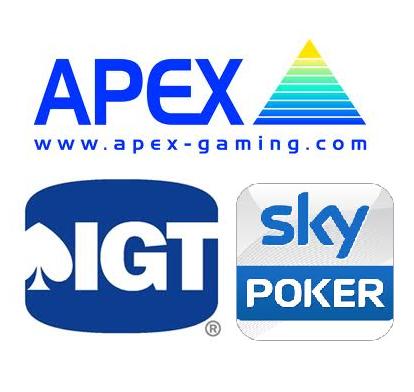 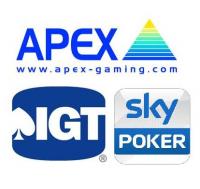 CEO, Patti S. Hart, said in a press release: “We are pleased to be adding John’s financial experience, strategic leadership and energy to IGT,” said Patti Hart, CEO of IGT. “As we continue to lead and transform the gaming industry, John brings an impressive background in global financial planning and operational excellence that will benefit all of IGT’s stakeholders.”

Gaming cabinet manufacturers, The APEX Gaming Group, has launched a new business branch APEX LED, where it can now bring LED lighting to the household market.

In a press release APEX said you tell an APEX LED light bulb straight away – “it’s the one with the orange base”.

The Managing Director is Mr. Andreas Behr, said: “The current eco-friendly light bulbs are just a transitory solution. LED light bulbs give their full light immediately when switched on – so react just like traditional light bulbs. Thus, APEX LED combines this popular effect with massive long-term electricity cost savings. We see it as our duty to enable the growth of LED household light bulbs and thus have created APEX LED”.

Online poker room, Sky Poker, has announced the release of its new poker variation Timed Tournaments, which offers players the chance to experience the pressures of playing tournament poker against the clock.

The games run in the format of a regular multi-table tournament, but unlike a regular tournament, the games have a set time limit. When the specified time limit expires, the prize money for the round is awarded according to the finishing chip counts of each player.

Timed Tournaments can be played in as little as 15 minute rounds, meaning players with little time can still compete for a cash prize without having to play for hours. Game lengths of 30 minutes or an hour are also available, the company said.