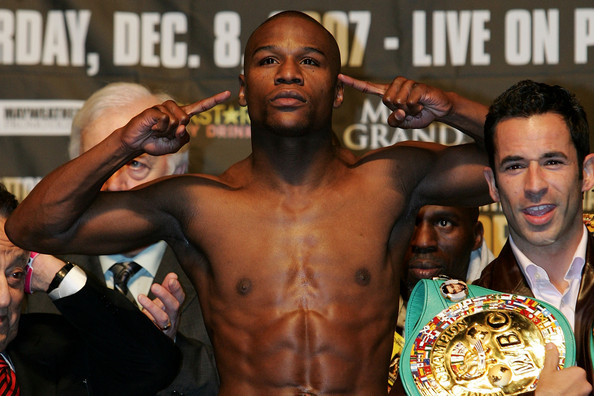 Floyd Mayweather has confirmed his heavily anticipated encounter with Manny Pacquiao will have to take place on May 5th. The soon-to-be incarcerated pugilist posted three tweets ruling out a fight in late May or early June and calling on Pac-Man’s promoter Bob Arum to stop lying.

“I’m ready to fight Pacquiao 5/5/12. Bob Arum know the date can’t change. I have my guarantee. Call Schaefer and Al and stop lying to the public,” Mayweather tweeted.

It boils down to the point made by Pacquiao’s entourage last week that a purpose built 40,000+ seater venue on the Vegas strip would be a lot more lucrative than the tentative booking at the MGM Grand Garden Arena on Cinco de Mayo. The American fighter in his latest tweet also confirmed that he can make his own guarantee. Money’s outburst wasn’t complete before he baited the Filipino fighter again.

“January 16th was Dr. Martin Luther King birthday, January 17 is Muhammad Ali birthday, and May 5th is Pacquiao [rear] whooping day,” he tweeted, before adding: “First they say I’m ducking the fight. But now it seems like I’m begging for the fight. What is going on?”

In terms of who will win, former opponent of the two, Ricky Hatton, is backing the unbeaten side of the soap opera. Even though Pacquiao handed his ass to him on a plate, the British fighter believes the American would prevail.

“PAC nailed me as I was reckless, again. But Floyd was technically exceptional. I couldn’t hit the F***** with a handfull of confetti. Ha ha.”

Much of this will be confirmed this coming weekend when Pacquiao is scheduled to confirm his next opponent and if it isn’t Mayweather then he’ll have a lynchmob on his hands.