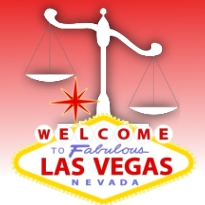 Nevada casinos won a historically low percentage of their total revenue from gambling in the past fiscal year, according to figures released by the state’s Gaming Control Board. For the 12 months ending June 30, 2011, Nevada’s 256 casinos took in gross revenues of $22b, up 5.6% from the previous year, but still off 13% from the heady pre-recession days of 2007. The Las Vegas Strip’s 41 gaming establishments accounted for $14.5b of the total, up from $13.5b the previous year, marking the Strip’s first year-on-year increase in total revenues since 2007. Overall, the state’s casinos posted a $3.9b net loss, compared to the previous year’s $3.4b loss on total revenues of $20.9b.

The more interesting figures come when you break down the revenue channels. Gross gambling revenue amounted to $10.2b, or 46.2% of the overall figure – a record low in percentage terms, and a far cry from the 60% figure recorded in 1994. Meanwhile, revenue generated by food, bevvies and other non-gambling amenities accounted for 34.1% of the total, a record high. The people coming to Vegas nowadays are also sleeping less and drinking more, as spending on hotel rooms has fallen 15% since 2007, while beverage consumption was up 10% from the previous year, which was itself up 7% from 2007. (Makes you wonder where all the Vegas drunks go to sleep it off, but that’s a discussion for another day.)

Spectrum Gaming Group analyst Michael Pollock told the Las Vegas Sun that he expects even greater transformations coming to the Vegas market in coming years. “New projects, new states coming online, other states considering the legalization of gaming — clearly the industry is going to be significantly different five years from now that it is today, by huge margins.”

Pollock envisions the global gaming industry evolving into the ‘hub and spoke’ model utilized by the US airline industry, in which primary and secondary gaming markets feed off one another. But make no mistake – the major ‘hubs’ in this scenario are in Asia, in particular, the white-hot gambling markets in Macau and Singapore. Las Vegas Sands and Wynn Resorts both currently earn around three-quarters of their total revenues from Asia. Both also make efforts to entice their Macau clientele into visiting their US properties, but why any but the most deep-pocketed VIPs would consider it worth the long flight across the Pacific solely to sample a restaurant or Cirque du Soleil show remains an open question.

But opportunity for whom? Nevada’s revenue trend is the exact opposite situation facing Macau, where revenues topped $33.4b in calendar 2011, yet only 5% of those revenues came from non-gambling activities. Nonetheless, Macau’s operators have been trying to broaden Macau’s appeal beyond the hardcore baccarat crowd, and if they succeed in adding the non-gaming amentities that Nevada casinos are increasingly dependent upon as a market differentiator, why would Asians even consider going to Vegas?