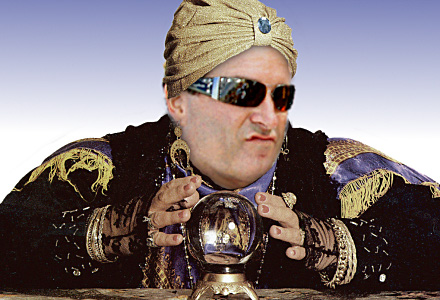 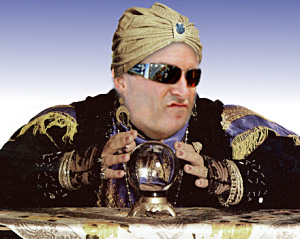 Last December, I published my predictions for how I felt the online gambling industry would shake out in 2011. Looking back, I think I was pretty spot-on (if I do say so myself) which has only encouraged me to offer the online gambling industry fresh prognostications for 2012. I apologize in advance to all the gaming industry consultants and analysts for freely providing the info and advice that they charge operators an arm and a leg to hear. Sorry, fellas… Birds gotta fly, fish gotta swim and I’ve gotta make predictions!

Anyway, buckle up and away we go…

1. AMERICA: Long before the US Department of Justice’s ‘White Friday’ admission that the Wire Act didn’t extend beyond sports betting, I was on record as predicting no positive momentum for online gambling legislation at the federal level in 2012. First of all, it’s a presidential election year, but even without that monumental distraction, there are just too many variables and competing interests to expect any nationwide resolution in the short-term. Anyway, the recent DoJ announcement just underscores my long-held belief that it’s the states that make the gambling decisions in the US.

That said, even with the ball now explicitly in the states’ court, progress will be slow. More states will consider, and some might even pass legislation, but I don’t expect many – if any – will have functional online poker systems up and running by next Christmas. (Nevada is furthest along this path, but their casino backers may continue to hope, dream and pray that someday their federal prince will come.)

I say it’s 50/50 that there will be one more state doing remote gambling in 2012, and even that one state may only offer online purchases of lottery tickets. But while progress will be slow, this state-by-state process that started in late 2010 with remote sports betting in Nevada will continue to spread over the coming decade. Under this scenario, the big winners – apart from those companies already holding US land-based licenses – will be the companies holding the best technology. But the US is no longer the world’s largest market, and those foreign companies who have hitched their future growth strategies solely to America’s wagon will be sorely disappointed with the results.

2. EUROPE: I don’t expect much in the way of significant developments here. With faith in a common currency significantly shaken in 2011, the ongoing Balkanization of Europe’s gambling markets will only accelerate. Overall, this is a stale and mature market with an economy that will remain shaky for a long time to come. The smart companies (smart enough to have steered clear of public markets and shareholder meetings) will be shifting their focus toward…

3. ASIA: This market is still in its infancy, yet it’s already bigger than the rest of the world put together. I don’t care what your market share is in Spain, Italy or Belgium — or what price your shares are trading at — if you don’t yet have a toehold in Asia, you have no business calling yourself an industry player. I also think Asian authorities (China, in particular) will embark on a US-style vendetta against some of the major players serving their markets. It will be a serious cat and mouse battle, and only those companies with the right structures in place will be nimble enough to avoid becoming cat food. The Darwinian survivors of this super-aggressive environment will emerge as the big swinging dicks of the global online game. Those winners’ names have yet to be determined, but one thing is for sure: public companies will not be among them.

4. LATIN AMERICA: The southern half of the western hemisphere will never rival Asia in terms of scale, but in gambling terms, it’s largely virgin territory, and probably represents the second best market to target in 2012.

5. INDIA: A massive market that always seems to get overlooked for some unexplained reason. Someone will figure out how to crack this market one day, and when they do… cha-ching.

6. CONVERGENCE SWINGS BOTH WAYS: In 2011, the focus was on land-based casino companies getting their digital feet wet. Going forward, I can see at least one major online brand laying a brick and mortar foundation in 2012. Someone is going to crack the integration code, overcoming the challenges of combining online and land-based gambling into one symbiotic business model — and this someone won’t necessarily come from the over-regulated, innovation-challenged, debt-laden, publicly-owned, land-based casino crowd. It’s my opinion that the guys best positioned to do this integration are the online companies that control their own technology and are not burdened by massive amounts of debt. I advise anyone attempting this to spin a land-based initiative out into a separate vehicle so they can get public financing. Unlike online, land-based gaming is a natural fit for the public markets as you are subject to whatever regulations exist in the country in which you build, and you know you are never going to move a land-based casino.

7. MO’ MOBILE, MO’ OFTEN: If you want to gauge the exponential growth of mobile communications, look no further than the bar girls in the Philippines. Two years ago, they all carried old school dumb phones. Nowadays, they spend more and more time updating their Facebook statuses on their smartphones, to the chagrin of their (mostly) overweight, pasty-white ‘dates’. Nuff said — mobile is still on a massive growth curve.

8. LIVE DEALER CASINO: Already massively popular in Asia, live dealer’s appeal will spread to other markets and into other forms, such as bingo. The technology has matured, and bottom line, it’s just fun.

9. RNG CASINOS: Conversely, as live dealer casinos continue to excite, RNG casinos have grown stagnant due to a profound lack of innovation by the super-complacent companies that dominate this space. However, this stagnation means the road is wide open for some innovative company to make serious inroads.

10. SPORTS BETTING: The sector will continue to evolve slowly but vibrantly, with more betting types and increased integration with social media. Sports betting is the most complicated of all the channels and has the largest barriers to entry. This means that most of the innovation will come from existing industry players. Look for this to happen primarily in less regulated markets, though — as usual, player value is highest where the regulatory hurdles to experimentation and innovation are lowest. 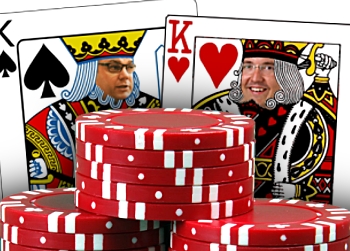 11. BODOG RECREATIONAL POKER PLAYER MODEL (affectionately known as the BODOG MODEL in the industry today): Though released in late 2011, its impact on the global online poker industry will be THE big poker story of 2012. I recently had a chat with Jonas Ödman, the brains chiefly responsible for the rollout of the new ‘controversial’ Bodog Poker Model. He’s been developing this model for the past five or so years — starting when he was still at the Ongame Network, and continuing over the past couple years he’s been with Bodog — and now that the majority of the model has been up and running for a few weeks, the preliminary data he’s crunching tells us the theories are correct. The remaining features of their model, complete with a number of player-suggested improvements, will roll out over the first quarter of 2012.

While most of the coverage this model has received in the poker media has initially focused on the vocal (and often extremely juvenile) reactions of the minority of players who hate how the anonymous tables have deprived them of their technological crutches, what’s gone unmentioned is that this new model will soon be a fully network-capable system (early Q3) and that it’s a world class platform technically. Meaning, once proof of concept is complete, Bodog will be able to offer white labels to other operators interested in a quick and easy way to plug the unnecessary drains on liquidity from their gaming ecosystems.

Major online sportsbooks are the most likely candidates to join up with the Bodog Poker network. In fact, the bigger the sportsbook, the more compelling they’ll find the notion of not sharing their net depositing poker players with a bunch of partner sites catering to net withdrawing players. I also believe at least one other poker network will eventually adopt this model as its own. Of course, other pure poker networks/rooms will stick with what they know, resulting in a fragmented but coexisting poker industry of more than one model operating in parallel.

Another major closure in poker is that this is the year everyone finally admits that the aspirational driven poker model is dead. Recreational poker players no longer believe they are going to become pro players; they just want to have fun. The days of sites spending big money on poker pros is over. Only the most dimwitted of the micro-site owners are still pursuing this game plan, and by this time next year, even they will understand that it’s time to fold (if they themselves have not been folded by their dead end strategy). Instead, the smart sites will focus on sending their recreational players to the big tournaments and let the pros pay their own way.

12. OTHER POKER MODELS: Subscription poker and free-play virtual chip models will continue to grow, but their ability to convert players into risking real money will remain a major question mark. Personally, I don’t think anyone will ever find a way to convert, as a real-money poker player would never play strictly for fun, so they are in fact different markets which can’t be crossed one way or the other.

13. HORSE RACING: The sport of kings is far from dead, but unless someone can find a way to attract a younger demographic to the track (in person or online), the knackers will continue sharpening their knives. Horseracing would benefit from some celebrity jockeys and an infusion of pop culture. The stuffy old top hat thing needs to be replaced with a hipper scene. 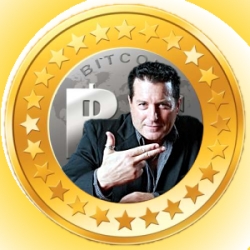 14. ANONYMOUS PAYMENT SYSTEMS: This will be the year a modified version of Bitcoin hits the net. Someone is going to figure out how to make this work and when they do, all the anti-gambling, over-regulating authoritarian governments will be exposed as emperors without clothes. It might not be obvious that this is even happening at first, since these systems are by definition stealthy affairs.

15. THIS SITE ROCKS AND YOU KNOW IT: CalvinAyre.com will be formally recognized as the largest and most comprehensive site covering the global online gaming market. It already holds that distinction just based on traffic, but 2012 will be the year that everyone in the industry uses it as a primary news and event management tool. I mean, where else can you go to get it all in one spot? I myself do not go to any other sites anymore — I get my news exclusively here on CalvinAyre.com! It’s also the only site I go to for so many other things related to managing my life in our industry. I designed it for myself, in fact. I imagined one easy-to-access site that has all the stuff I need and then I built it.

16. I HAVE NO FUCKING IDEA: Right this second, there’s some guy toiling away in obscurity on some project that will prove mind-blowingly good but which absolutely no one could have predicted (yet, like all truly great ideas, will seem completely obvious given the benefit of hindsight). This guy will likely have to move to a low-regulated jurisdiction to get his innovation off the ground, if he is not already living in one. Nothing kills innovation like regulation (which is why big boring public companies love regulation – it stops them from having to innovate). However, apart from that guy, I think you’ll find that most of the above predictions will prove spot-on. I’ll leave you with one more prediction, and this one comes with a 100% money-back guarantee: there will never be a dull moment in this industry we all love!