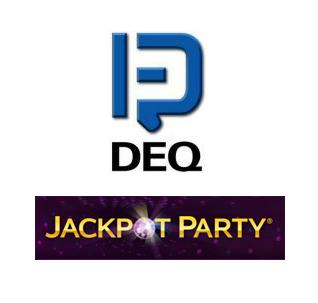 Provider of table games, jackpot and loyalty solutions – DEQ Systems – has today announced its issuance of 500,000 stock options to its independent board members as part of their annual compensation.

Along with the announcement in a company press release, the company revealed that its stock option plan has been amended “to increase the number of common shares available for stock option grants”. Under the plan from 6,500,000 to 6,900,000 common shares, the amendment remains subject to the approval of the TSX Venture Exchange.

The company added that each stock option will confer to its holder “the right to subscribe one common share of DEQ Systems at an exercise price of $0.25 per share”. Bet the board members are jumping around like millionaires.

Something smelled a little fishy today, when Jackpot Party has announced today the launch of its new Reel ‘Em In Big Bass Bucks slot machine game. In what the company call a “Classic Vegas slot”, the game apparently has “more features than a Catfish has lives”. How many lives does a Catfish have again?

In Reel ‘Em In Big Bass Bucks, Jackpot Party have said that players will find a variety of ways to catch a win. The 20-line slot has four available features:

The slot also features a “Fishing Contest” where players can try to reel in first place for the chance at the highest bonus reward. Jackpot Party have said you can also enter the Big Bass Fishing Hole or Fishing Contest Features directly from the base game by triggering the feature with one of two special Lure symbols on reel five.