Home / Business / Jury out on UIGEA in Sports Offshore case 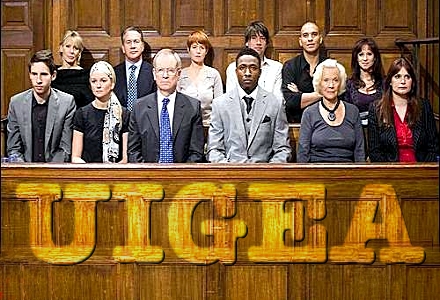 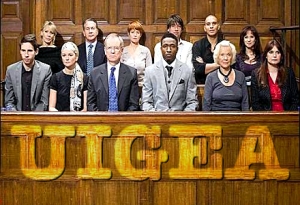 Unsubstantiated rumors say longtime online gambling foe Sen. Jon Kyl (R-AZ) will indeed participate in US online gambling legislative change before he retires, with a fairly ingenious cover-his-ass method of avoiding being labeled a flip-flopper. Kyl is reportedly considering plans to ‘strengthen’ the Unlawful Internet Gambling Enforcement Act (UIGEA), in particular the prohibitions against sports betting and unlicensed poker operators – which will clear the path for new Nevada-licensed (if Sen. Harry Reid gets his way) online poker operations.

As Kyl (maybe) crafts his new and improved UIGEA, the old and lousy one is getting its cherry popped in a Massachusetts courtroom. On Monday, federal prosecutors rested their case against Daniel Eremian and Todd Lyons on charges including racketeering and money laundering for their roles with defunct online sportsbook Sports Offshore (SOS). The Antigua-based – but not Antigua-licensed – SOS serviced US sports bettors (primarily on the eastern seaboard) from the mid-1990s to 2010, when the DoJ whip came down.

The case has garnered media attention beyond the online gambling world because Eremian’s sister Patrice is married to eight-term congressman Rep. John F. Tierney (D-MA). Mrs. Tierney served a month in jail after being convicted in 2010 for helping her other brother Robert Eremian falsify tax returns. (Alleged SOS owner Robert has also been charged in connection with SOS but remains at large.) Though Rep. Tierney reportedly had dinner at the Antiguan home where the SOS technology was set up, he is not considered to have had any involvement in the shenanigans. Although he did vote against the UIGEA in 2006… Hmm…

In all seriousness, Tierney’s claim that he didn’t see signs of a serious gambling operation while he was at his brother-in-law’s house are probably on the level, as SOS was a relatively streamlined operation. Unlike modern post-up online sportsbooks, SOS was a credit-betting outfit, rendering it ineligible for an Antiguan gaming license. But the Eremians set up a clandestine shop in Antigua, relying on some 50 old school agents (like Lyons) on the ground in US cities. These agents recorded bets in little black books, collected losses in person and wired the profits south. It’s that last part that attracted the interest of federal prosecutors, who claimed tens of millions had been illegally transferred during SOS’ lifespan – including plenty of “six-packs”, so dubbed because the reps found they could fit a max of $6k in small bills into a FedEx box.

Neither Eremian nor Lyons took the stand in their own defense. Their attorneys claim their clients believed online gambling was not illegal under gambling laws such as the 1961 Wire Act. But in addition to the hundreds of money laundering and racketeering charges, Counts #277 through #343 of the 442-count indictment are for “acceptance of financial instruments for unlawful internet gambling” – a specific violation of the UIGEA — between January 2007 and February 2010. The UIGEA has never been field tested in a criminal court before, so precedent could be set here.