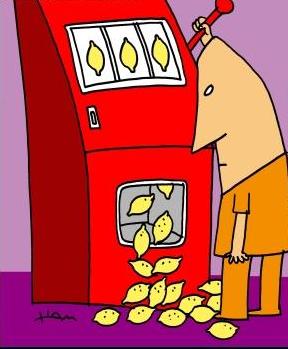 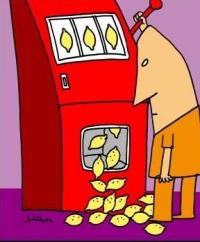 A man from Lee County, Florida is suing the Creek Casino in Montgomery, Alabama after being told by casino officials that the lights flashing and sirens sounding when he hit the jackpot, was just the machine malfunctioning.

The man in question, Jerry Rape, is (understandably) enraged – not just for the name his parents gave him – but because he was made to leave the casino empty-handed. And what does he say should have been in those hands instead? $1,377,015.30 – the amount he claims was awarded to him while playing a Gold Series Kingdom Cash machine at the casino on 19 November last year.

His attorney, Matt Abbott, has filed a complaint in both Mont­gomery County Circuit Court and the Tribal Court of the Poarch Band of Creek Indians (the casino owners in northeast Montgomery).

In a report in the Montgomery Advisor, Abbott said he has been trying for months to obtain proof that the machine malfunctioned.

Rape claims that he was awarded a “multiplier jack­pot” and that casino employ­ees shouted, cheered and congratulated him for his winnings. However, according to Rape’s complaint, one casino employee told him: “Don’t let them cheat you out of it.” Hmm, how suspicious.

After the win, Abbott said Rape was tak­en into a conference room where casino officials dis­cussed different ways of structuring the payment of his winnings. Then, officials with PCI Gaming arrived and held closed-door meetings, leav­ing Rape waiting until the following night to receive any information. Dodgy? Abbott added: “He essentially sat there for 24 hours before casino employees told him that the machine malfunctioned.” He added that the winning ticket was literally taken out of Rape’s hand as he waited.

There is a number of official correspondences between Abbott and Jeffrey Trattner – an assistant attorney general for the tribe. One states how Trattner claimed that a payout of more than $1 million would be impossible with the 25-cent bet Rape made. He also wrote in an email to Abbott that rules posted on the machine state that a player must place the maxi­mum bet of $2.50 to receive the maximum payout. The most Rape could have won, Trattner wrote, is $1.25. The casino apparently offered Rape $125 when it was determined that the machine malfunctioned.

Abbott has so far re­ceived no proof of those claims or the specifics of how the machine malfunc­tioned. Sounds exceptionally dodgy to us. What do you think? How pissed would you be if this happened to you?