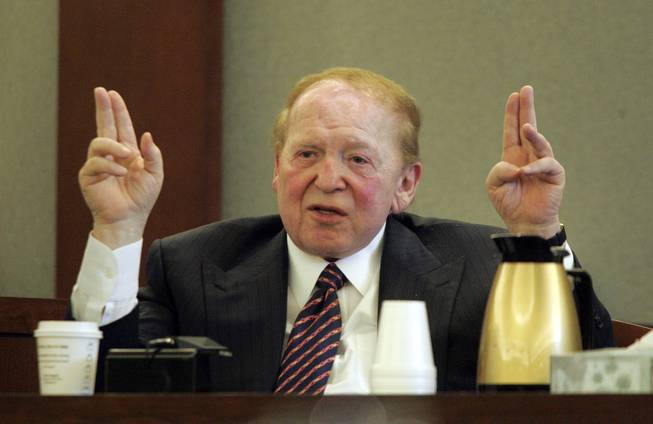 Las Vegas Sands‘ latest results show the company’s Far East casino business operations are continuing to float Sheldon’s boat. Net revenue for the entire group rose 26.2% to $2.41billion with the rumors of a Chinese slowdown affecting them a myth. Sands China’s net income increase 41.6% to $278.3million in Q3 2011. The company’s flagship casino on the enclave, the Venetian Macau, increased its operating income by 31.6% to $206.5m.

In terms of Asian expansion, chairman Sheldon Adelson excitedly mused, “In Asia, which would be our first choice, it appears as though Korea and Japan are making louder and more urgent moves in the direction of legalizing federal gaming and integrated resorts. If one of those legalizes, the other one is going to do it in a heartbeat.”

The Marina Bay Sands property in Singapore increased its net revenue by 63.1% to $792.4m. Adelson revealed details on their latest project, the 13.7m sq foot Sands Cotai Central, which will be opening in March 2012. On the whole, the results backed up the fact that Asia is the world’s most lucrative gaming industry market on the planet.

Resorts World New York City opens its doors today with Genting starting its assault on the US market. On the doorstep of JFK, it’s the new name that will now adorn the Aqueduct Raceway in Queens and due to this fact it’s strictly to be known as a racino. 5,000 video gambling terminals are on offer at the resort that is reachable by subway from Times Square. Estimates from Genting put the amount that will be raised for the state at $1.5million a day and that is after the $380m is received from the firm upfront. Genting hopes this will be the start of a few years in the USA as they look to capitalize on casino legislation being enacted in other states such as Florida.