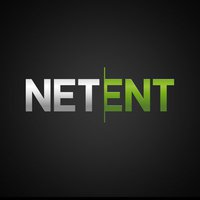 Digital iGaming supplier, Net Entertainment, exhibited sufficient financial growth when it released its Interim January-September financial report today. The report reflects a 24.1% revenue growth for Q3 2011 when comparing it to Q3 for 2010.

Net Entertainment has signed agreements with several large operators for the Italian market, despite a new legislation which took effect regarding online gaming there in July this year. Gioco Digitale was first to launch, followed by Unibet and Betclic. Microgame was launched at the end of the quarter.

In a press release, the company were stressing how well they’ve done despite the online gaming drama that’s presenting many a problem. It stated: “The regulation of the online market creates extensive requirements that must be faced but at the same time creating large business opportunities.” We guess it’s good to see someone working around the that problem.

Maybe the company’s success this past quarter also has something to do with its recent staff restructuring? Midway through Q3, Johan Öhman stepped down in his position as CEO with Björn Krantz taking his place. Not only taking the position of CEO, he became Acting President and CEO and is now on leave from his former duties as Sales Director and CEO of Net Entertainment Malta Ltd.

The man himself, Björn Krantz, had plenty to say about it: “Taking on the position as Acting President & CEO of Net Entertainment during a strong quarter with several positive events has been very exciting and encouraging,” he said.

We’d like to think that’s the case, too, Mr Krantz. He added: “Revenues increased by 21.7 percent compared to last year which is a result of strong casino performance with existing licensees combined with the launch of five new customers in both new and existing markets. In addition, Net Entertainment signed three new customer agreements during the quarter, one of which was G.Matica, focusing on the Italian market.“

He continued to discuss the company’s plans in light of the ongoing discussions on regulation changes: “Local regulation of our industry is ongoing, and we continuously monitor and evaluate each market individually to assess the impact on the company both from a financial, organizational and strategic perspective.

“As for latest regulatory initiatives in Denmark we are currently working with necessary system, and game compliance planning, with an objective to establish on the local market which is scheduled for opening in the beginning of 2012.”

The company insists the development of mobile games has continued during 2011 and the first games are expected to launch during the fourth quarter.