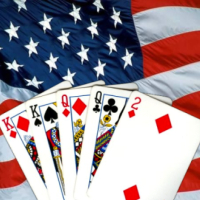 USA’s House of Representatives hosts a committee hearing later on the subject of Internet Gaming. The Subcommittee on Commerce, Manufacturing and Trade has scheduled the hearing “Internet Gaming: Is There a Safe Bet?” for 10:30am ET where they’ll aim to discuss the best way to go forward with the country’s online gaming industry. The witness list includes Parry Aftab from FairPlayUSA, Ernest L. Stevens, chairman of National Indian Gaming Association (NIGA) and Hon. Alphonse D’Amato from the Poker Players Alliance (PPA) amongst others.

Issues that will be discussed by the committee include:

For anyone well enamored with who’s on either of the federal-intrastate fence, they will know that this committee is geared towards the current push for regulated federal gaming. The main point that will be rammed home is that regulation should take place at a federal level to prevent the industry remaining in the hands of internationally-based online gaming companies.

Aftab is an “internet safety expert” at FairPlayUSA who will talk on behalf of a group that is attempting to persuade lawmakers to create a strict regulatory regime for online gaming. Caesars provided the initial funding, or “Astroturf”, and MGM with it widely held that this is simply a dulled-down version of Frank Fahrenkopf’s American Gaming Association. Aftab will tell the commission of the group’s beliefs in the hope it persuades them that federal is the best way to go.

Similar astroturfing allegations have in the past been leveled at the PPA in the past and D’Amato will tell the committee of the group’s belief that federal regulation is the way forward. At the same time, they recognize that the state’s should be able to opt in and out of the legislation. D’Amato did state, “The PPA will vociferously encourage states not to opt-out.”

Not wanting to be left out, the NIGA chairman Stevens is making sure that the tribal gaming groups are in for the long haul. Their group is currently strongly opposed to both HR1174 and HR2366 as neither confirm to their strict set of rules. The general consensus amongst tribal casinos is to support federal regulation. If it doesn’t agree with their philosophy it’s anyone’s guess what’ll happen.

All the people sized pieces fit with the widely-held view that US land-based casinos are setting themselves up for a colossal tilt at federal online gaming regulation this autumn. We don’t want to be the party poopers but regulation is a lot more likely to take place at intra-state level. Well that’s what we think anyway. Whatever happens we should know more later this afternoon as to whether internet gaming is “a Safe Bet.”