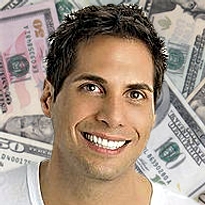 As time ticked by, casino magnate Steve Wynn and Francis carried on an extremely nasty and very public war of words via the media, including Francis’ claim that Wynn had threatened to kill him and bury his body in the Nevada desert. Francis was cleared of the criminal charge in September, but his celebration was short-lived, as the standard of proof is much lower in civil cases. Francis’ attorney said his client may appeal the ruling (again). Honestly, after four years of legal fees, wouldn’t it have been cheaper just to pay the marker in the first place? Then again, they don’t call Francis ‘meatstick’ for nothing.

In other Nevada Supreme Court action, Las Vegas Sands (LVS) has suffered a setback in its court fight with former Sands China CEO Steven Jacobs. Fired last year after butting heads with Sands’ mercurial chairman Sheldon Adelson, Jacobs filed a wrongful termination suit against Sands, which prompted Adelson to use words like ‘blackmailing’ and ‘extortion’ in media interviews about Jacobs, and pretty soon both sides were filing defamation suits against each other.

This week’s ruling came in response to a writ LVS filed last month, which sought to compel Jacobs to return 11Gb of sensitive Sands documents the ex-CEO allegedly purloined on his way out the door. The Court refused to honor LVS’ writ, as the Court is still considering the question of whether Jacobs’ suit could continue in Nevada. Since LVS knew the Court was still weighing the jurisdiction issue, the Court warned LVS that any further unnecessary writs “will be viewed by this court as sanctionable conduct.” Haven’t these people realized by now that publicly threatening Adelson is like waving a red flag at a bull?