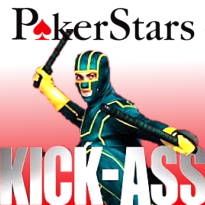 With each passing day bringing fresh revelations of chicanery and ineptitude behind the scenes at Full Tilt Poker, one has to remind oneself that it was only last year that the company was being celebrated as a groundbreaker and trendsetter for its introduction of Rush Poker. Rush took the poker world by storm with its ability to reseat players at a fresh table the instant their hand concluded, freeing players from the tedium of waiting for the rest of the table to finish play. But with FTP increasingly looking like it won’t return from its current enforced vacation in Shameville, what are Rush Poker fans to do? Undoubtedly, FTP’s assets will be sold off piecemeal at some future date, so some company may yet reboot the Rush product under a new banner.

But PokerStars player liaison ‘PokerStars Stefan’ recently set tongues a wagging with a post on 2+2 that read: “PokerStars is developing a fast moving ring games product. We expect it to be available for public beta testing in a few months.” Unfortunately, that was the sum total of the info Stefan was willing to provide, leaving players to speculate just what form this Rush Redux might take.

Stars better not leave their players hanging too long, especially not the stroppy UK ones. Redcar resident Michael James Gallagher recently pleaded guilty to violating the Malicious Communications Act 1988 after sending PokerStars an email on May 25 in which he threatened to pay a visit to their office with a sawed-off shotgun and kill as many employees as he could if the company refused to forgive his nearly £19k in losses and throw him a few extra grand in compensation (you know, because it’s Stars’ fault Gallagher sucks at poker). Gallagher dispatched a more sober followup email the next day apologizing for his earlier missive and insisting that he hadn’t been serious, just really really wasted, but that’s not how the legal system works. Gallagher is currently awaiting sentencing. In the meantime, perhaps he could go pick a fight with former Oasis singer Liam Gallagher, with whom Michael James not only shares a surname but also the tendency to imagine oneself as a hard man while in his cups.