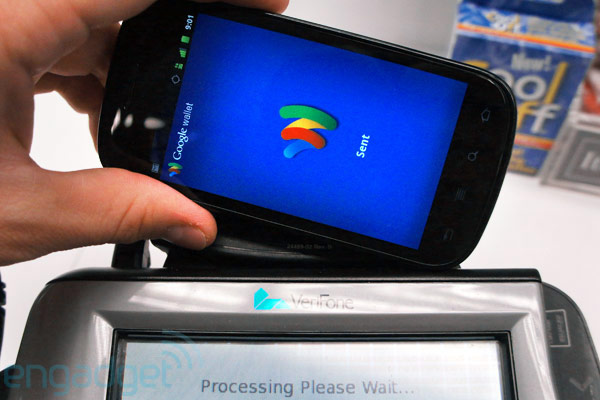 Contact-less payment took a huge leap forward this week as Google Wallet launched. Currently, the service is only available to US customers that own a Sprint Nexus S 4G smart phone alongside a Citi MasterCard or Visa. That is likely to grow as Near Field Communication (NFC) technology becomes more mainstream and it starts to penetrate the market.

It’s one area where Google has stolen the march on Apple in the smart phone market and represents one of the first times this has happened. It’s not an area where they are planning to exploit after it was confirmed that the iPhone 5 wouldn’t have it on board. Don’t say it too loudly but the Samsung Galaxy S II has it.

Anyone living or working in the centre of the iGaming universe, London, will already have extensive experience of the technology in Oyster Cards for use on mass transportation. They will also know the ease of use it gives the consumer and something that makes life that little bit easier. What effect can it have on the gambling industry though?

We think that the contact-less payment industry could become huge in the mobile gaming industry. In the future there could be a point when you simply touch your payment card onto your smart phone to deposit or withdraw money from your online gambling account. It’s obviously contingent on governments allowing for this type of thing to happen. Within the next five years though, it’s perfectly realistic to talk about this technology having a huge influence on the gaming industry in certain jurisdictions.

Google Wallet will also push gaming industry firms to put more of a focus on the Android platform – a Google-powered OS that is the biggest of its kind on the planet. Right now, the Holy Grail is Apple’s iPhone although the chance of this changes could multiply should the Cupertino-based firm not jump on the NFC bandwagon.