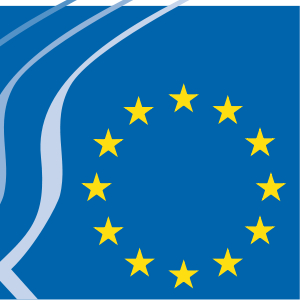 The European Economic and Social Committee (EESC) has found that stakeholders in the European Union’s gambling industry are favoring some kind of legislation at EU level. The European Commission (EC) is set to publish its findings this October following a gambling industry consultation that ran until the end of July. The EESC had invited people from across Europe to attend as long as they had a shared interest in the future of the continent’s gaming industry.

Opinions came from sports clubs, bookmakers, the Commission itself and associations that represent bookmakers as everyone gears up for October’s decision.

Pamela Brumter-Coret, acting director of the European Commission’s Directorate-General for the Internal Market and Services (DG MARKT), told the hearing, “There’s an appetite for action at EU level and it’s up to the College of Commissioners to decide what to put in its communication, which will come out in 2012.”

The market currently lies in a position where balkanization characterizes much of the EU and means that regimes differ vastly depending on the country you’re in. This mainly comes down to tax with countries seeing vast differentials when it comes to separate tax regimes.

There is a clamber for some common rules when it comes to the EU online gambling industry. The point that many at EU level are of the opinion that common rules shouldn’t prevent members regulating, how they see fit, punctuates this.

Other suggestions that were put forward at the EESC included the drawing up of a “white list” of licensed operators. Support for the EU Secure Gambling Mark was also mentioned. It was pointed out by Jürgen Creutzmann, the man responsible for drawing up the European Parliament’s response to the Green Paper, that, “National quality marks would work better in countries that have gone further.”

There have long been worries that the current regulatory methods mean that duplicate licenses in many different countries cost companies a great deal. Sigrid Ligne of the EGBA (group representing public companies in the gaming industry) commented, “We need common standards and should use guidelines published by CEN (the European Committee for Standardization).”

She continued, In France it costs a firm €8.7m to receive a licence. “We can’t duplicate this 27 times.”

It must be said that the reason groups such as the EGBA are getting worried about this is that these provinces are the only ones that will be open to publicly traded gaming firms in a few years time. That will mean they have no choice but to front up the cash as routes to markets in the Far East won’t be available to them. As Calvin says, “Like fish trapped in a drying pond.”

Wes Himes talks on the EU gambling market
CalvinAyre.com
29 May 2012