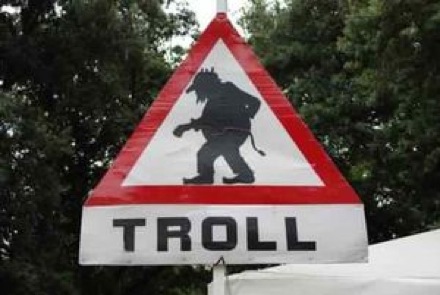 Google chairman Eric Schmidt launched an attack on the patent trolls that threaten to stifle innovation at a conference this week. Speaking to Salesforce.com’s Marc Benioff at Dreamforce 2011, he explained that the nuclear war over patents is threatening to stunt the growth of the mobile revolution spearheaded by themselves and Apple.

“With the device revolution coming, I fear patents will slow it down,” he said. “All the patent fights that are interesting are done in one district in Texas, how this is possible is beyond me, it just doesn’t feel right.”

That district in Texas is where Intellectual Ventures (IV), a company we identified last month, does most of its business. They buy up thousands of patents and then allow companies to purchase them in order to carry out lawsuits against other companies. All this done out of an empty Texas office that sees less action business-wise than a group of monks does in the sack.

It was this kind of news that meant no-one was surprised when Google took the step to buy Motorola Mobility for $12.5bn and its nuclear arsenal of patents. Schmidt denies this was the case stating the deal was about “more than just patents” and “that the Motorola team has some amazing products coming.”

It’s really ok Eric. In this regard you’re allowed to follow everyone’s lead and buy up patents. There’s no patent on it…that we know of.

Patent trolls are nothing new to those of us in the online gambling industry with the likes of Scott Lewis making it know that’s he’s top of the patent troll league table. His latest victim was Cake Poker earlier this year. It’s unfortunately the case that this probably won’t be the last time that we see the parasite coming out from the bottom of his scum-ridden pond. Just watch out for the name 1st Technology.