While Samsung and Apple continue to take legal pot shots at each other in wireless technology lawsuits; Apple specifically and the industry as a whole has a new legal monster to contend with. A new patent troll is looming on the horizon as a Canadian patent troll, Wi-Lan, has several mobile heavyweights in its litigious sights.

The second patent which is by far the most interesting kick at the can. The patent was applied for in 1992 and approved in 1994 is a “Method and apparatus for multiple access between transceivers in wireless communications using OFDM spread spectrum.” Basically, they are claiming to have own the patent on how Data, Voice and Video is transmitted between multiple of wireless receivers.

Like most Patent Trolls, they’ve filled their lawsuit in troll friendly U.S. District Court for the Eastern District of Texas, Tyler Division despite their Canadian Corporate home.

This isn’t the first time Wi-Lan has taken on the mobile industry. In 2010, their shotgun litigation technique took aim at 18 different companies over the use of their patents in relation to the ubiquitous Bluetooth technology. Before that, they were targeting anyone and everyone involved with Wi-Fi and WiMax technologies.

Wi-Lan hasn’t always been successful as they took a setback in their lawsuit against LG over their use of patent involved the television V-Chip. The V- 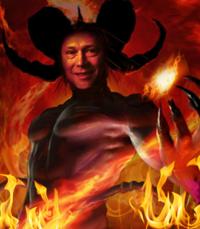 Chip, created by Tim Collings blocks swearing, nudity, violence and all the other fun stuff from the small screen.

The judge in that case tossed the LG suit but that won’t deter Wi-Lan CEO Jim Skippen from more litigation. Skippen sees this as the boom time for Patent Trolling.

According to investor presentations, Wi-Lan is predicting an earnings jump from $5 million in 2010 over $80 million in 2011. For a group devoid of innovation and that does nothing but suck resources from companies trying to advance technology that’s a lot of cake.

This could dramatically shift the balance of power in the patent arms race between, Apple, Google and others in the mobile industry.

The deal between Nokia and Mosaid is similar to the deal between Righthaven LLC and Stephens Media, publishers of the Las Vegas Review Journal and other media outlets. Mosaid didn’t pay a dime for the patents but it will split all of the blood money earned from the trolling lawsuits.

The water gets slimier when you consider that Microsoft licensed these same patents earlier this year. In an email to CNET.com, Microsoft divulged that they “have a passive economic interest in the revenue generated from the licensing of those patents to third parties.”

In other words, Microsoft and Nokia just got into the patent trolling business. If you can’t beat’em, sue’em.

NASA to give the moon Internet access, SpaceX to give it to Earth
Erik Gibbs
21 October 2020
.