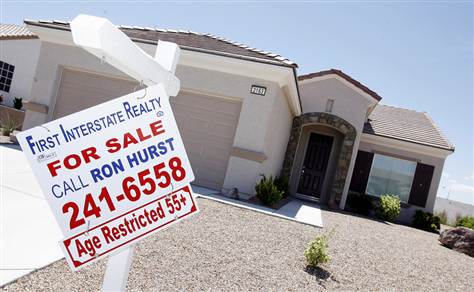 As President Obama prepares to unveil a job plan that will likely determine his re-election, the gambling Mecca of the United States is seeing a record number of people unemployed and according to many reports, wondering where their next meal will come from.

Nevada, more than any state, will be interested to hear the president’s plan as it leads the US in unemployment with 12.4 percent of its working population jobless. Nevada is also at the top of the list in mortgage foreclosures and has the highest rate of children whose parents are unemployed.

Even the once thought recession proof gambling industry has seen a dip in profits.

Are we talking poverty crisis?

“Las Vegas has gone from having the lowest unemployment in the nation at 4 per cent to the highest,” says Brian Burton, president of Three Square, the Nevada-based non-profit food bank. “We are number one in foreclosures, number one in bankruptcies, number one in unemployment [and] we have 300,000 people that are worried about where their next meal is going to come from.” – Financial Times

Unemployment in some parts of Las Vegas is running at more than 20 per cent, he adds. “One in five children is now affected by hunger. That’s a very disturbing and agonising thought… Las Vegas is really ground zero for the economy we are in right now.” – Financial Times