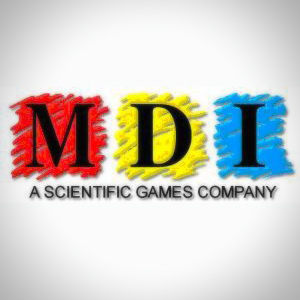 The North American soccer league Major League Soccer has been growing in popularity and notoriety since its unheralded inception, landing European star players like Thierry Henry and previously, David Beckham has certainly helped in that regard. Recently, the MLS signed a multi-year agreement with the NBC Sports Group, under which 45 MLS games and four U.S. Men’s National Team matches will be televised live across NBC or the NBC Sports Network from next season. In addition, the ESPN family of networks will broadcast 21 primetime games, and 30 games will be shown on the Univision family of networks.
MDI Entertainment is hoping to harness the growing popularity of the MLS with the signing of a licensing agreement for the right to deliver instant lottery games featuring logos and trademarks associated with the MLS and its eighteen teams.

Under the agreement, MDI will develop instant ticket games for lotteries featuring team logos, as well as logos for the MLS and its marquee events including the MLS All-Star Game, MLS Cup, and the MLS championship game.

Steve Saferin, MDI’s president of properties group and chief creative officer for Scientific Games said in the release, “Lotteries have enjoyed significant success with sports brands, and we’re pleased to add soccer to the sports we offer…Major League Soccer has grown remarkably over the past 16 years, both in terms of the number of teams and its deeply passionate fan base, and we believe this presents an exciting opportunity for lotteries.”

With the agreement, which includes right to the the Mexican National Team, the MLS joins a line-up of sports properties in the MDI portfolio which include: MLB, NBA, NHL, NASCAR, Churchill Downs, UFC and Professional Bull Riding.