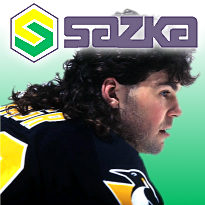 The Czech Republic’s plans to institute a new gambling tax are being threatened by a political squabble between two junior parties in the country’s current ruling coalition. TOP 09 party members walked out of a government meeting on Wednesday to protest “vulgar and provincial” remarks made by Ladislav Bátora about Foreign Minister Karel Schwarzenberg. Bátora, a member of the ultra-right National Party and adviser to the country’s Education Minister, has in the past voiced stridently anti-gay rights positions and claimed solidarity with other far-right politicians, including Austria’s Jörg Haider and France’s Jean-Marie Le Pen. For his part, Bátora says Schwarzenberg is a “sorry little old man” who “sputters shamelessly when he knows I can’t challenge him to a duel for at least three reasons.” A recent poll of Czech voters found 66.3% thought the political tussle would provide Finance Minister Miroslav Kalousek with a way to postpone the introduction of the new gambling tax.

Meanwhile, insolvent Czech betting outfit Sazka has managed to find the money to hire Czech hockey legend (and former possessor of one of the all-time greatest mullets) Jaromir Jagr as their new spokesman. Jagr signed on after Sazka agreed to underwrite the hockey club in Kladno, Jagr’s birthplace. Jagr played for HC Kladno in his youth, and now owns a piece of the team. The choice of Jagr as spokesman for a betting outfit is an ironic one, given the hockey great got in hot water in the late 1990s over the almost $1m in debts he rang up at two online betting sites, including $500k to Belize-based CaribSports. Fortunately for Jagr, he bet mostly on football and never on the National Hockey League, which would have undoubtedly earned him a session with the NHL’s evil dwarf, Gary Bettman (who, despite his surname, dislikes people betting, mannnn).

In the meantime, Jagr should check to make sure that Czech check hasn’t bounced. On Monday, a number of Sazka’s international bondholders rejected plans approved just last week by the Prague Municipal Court to sell the insolvent business. A legal representative of the bondholders told the Financial Times’ BeyondBrics blog that they believe the conditions of the sale are flawed and therefore must be reconsidered “as a matter of urgency.”