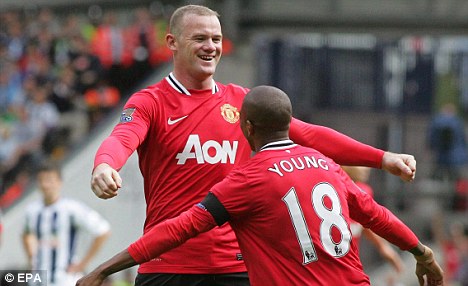 The influence that Asia continues to have over the English Premier League has been shown with another sponsorship deal. Manchester United signed two deals yesterday with one for the club’s training kit worth around £40million over four years. It was a smaller deal made with a company in the Far East that could be far more lucrative though. That deal, with Vietnamese mobile telecommunications company, Beeline, is to distribute United content in Vietnam, Laos and Cambodia. It’s a deal that runs for three years and should see the side’s profile grow even further in a region that commercially continues to bear considerable fruit.

United’s fan-base is unsurpassed the world over and estimates put the number at 16million in Vietnam with Asia accounting for a total of 192million. That old adage about no United fans living in Manchester continues to ring true. The Glazer family that owns the club is also pushing ahead with an IPO in Singapore that would put 30% of the company that owns the club up for sale in the Far East.

The league as a whole has seen huge growth in the area of Asian sport sponsorship with many of the gambling industry firms that are specifically targeting the Asian market. The number of firms now specifically going for the Asian market in terms of shirt sponsorship has grown to five with QPR’s looking as though they will join the party when Air Asia takes over the sponsorship. Much like the online gaming industry’s advancements into Asia it certainly looks like football is seeing it as the most important emerging market commercially. United on their own are expected to report commercial revenues topping £100m for the current year. That far outstrips media and match day revenues signaling the continual shift towards other ventures.

We should be able to see how much more the league is looking towards Asia when Manchester United’s shirt sponsorship deal comes up for renewal in 2014. A Chinese firm appearing on the front of United’s jersey is looking like a much more credible bet or a nimble privately held firm that has the right strategy on a worldwide basis.