Home / Business / The Italian Job: Is Betfair readmitting Asian customers via its .it site? 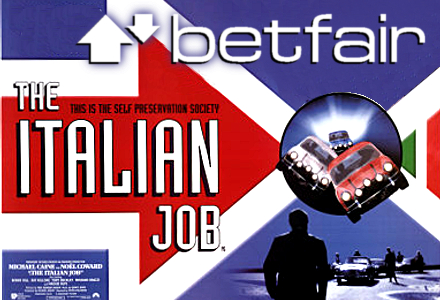 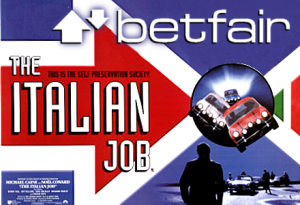 Just before betting exchange Betfair’s October 2010 initial public offering, a Betfair account holder in an Asian country had his account closed by the company. The customer claims Betfair told him at the time that, due to their imminent shift from private to public company, they would no longer be able to provide services to his country. Flash forward to July 2011, and Betfair again contacts this customer, explaining that they are once more accepting customers from his jurisdiction, but that if he came back, he would now be served via Betfair’s Italian-licensed site.

Frankly, this makes no sense. Betfair’s Italian regulators, the Amministrazione Autonoma dei Monopoli di Stato (AAMS), make it plain that Betfair’s Italian site can only be made accessible to Italian residents or Italian taxpayers, of which our Asian customer claims to be neither. We contacted Betfair to see if they had any response to these allegations, but the company did not respond by the time this article was posted.

A far more public Betfair brouhaha involves the tale of the Russian bettor who claims Betfair is slow-paying/no-paying him $3.1m. The story began when SportsBookReview.com posted a video detailing the backstory and confirming with Betfair that there was an ongoing issue over some very real millions of dollars. After the video was posted, the Russian bettor at the heart of the matter joined the discussion to provide further details. Are you sitting comfortably? Then we’ll begin… 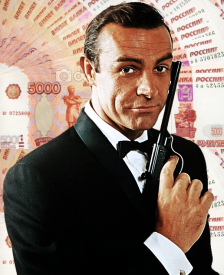 FROM RUSSIA, WITHOUT LOVE… OR MILLIONS
Once upon a time, there was a Russian bettor we’ll call ‘Anty’. Anty built up a $3.5m roll on Betfair, betting (he claims) on Premier League and La Liga matches. Out of the blue, Anty was contacted by Betfair’s Arthur Asatridis, who suggested Anty change the method by which he funded his account to ensure “quick and easy deposits and withdrawals.” Betfair says Anty was invited to choose from a menu of third-party payment service providers (PSPs, in Betfair parlance), while Anty suggests he was not so subtly encouraged to choose the chef’s special.

Anty’s account became part of a Betfair ‘master account,’ through which the PSP handled a number of individual bettors’ accounts. Small deposits and withdrawals went well for a time, but in February of this year, when Anty went to withdraw the whole $3.5m, things went awry. Initially, Betfair told Anty that the standard wait time for Russian whales to get paid was one month. Then Anty’s PSP told him the wait would be two and a half months. A short while later, Anty had a conference call with the two principals of his PSP and two of Betfair’s eastern European representatives. During this call, Anty was informed that “logistics issues” would prevent him from receiving full payment for six months.

At that point, Anty had received payments in drips and drabs totaling a couple hundred grand. Over the next three months, Anty received only about $50k more. The PSP said “legal issues” were to blame. Betfair told Anty the problem was “local banking processes.” In a statement to SBR, the PSP said they were doing their best, but were limited by local laws restricting transactions to $20k/week. Betfair’s stated position is that it will help the punter “liaise” with the PSP to resolve the matter, but that Betfair “has completed its obligations by paying the winnings to the PSP.”

While the exact nature of this ‘master account’ relationship between Betfair, the PSP and Anty remains somewhat opaque, the optics here are not on Betfair’s side. They may consider their role in this drama to be over, but the audience doesn’t seem willing to let them leave the stage. In their view, Betfair had a responsibility to see that Anty’s money gets to Anty, not just to the PSP. It also begs the question whether Betfair was aware of this PSP’s limitations before presenting it as an option to a whale like Anty. Betfair was invited to comment on this story, but declined to do so.

ARE BETFAIR’S PANTS ON FIRE?
As for Betfair’s Asian/Italian switcheroo, we understand the company’s desire to maintain a presence in Asian markets. The ability to tap into online gaming’s mother lode is a major motivator behind private companies choosing to remain private, free from the constraints of those pesky shareholder agreements. But Betfair seems to want it both ways: drawing revenue from ‘grey’ markets while retaining the ability to quickly raise capital when needed by dumping a few million more shares onto the floor of the London Stock Exchange.

In our opinion, the real issue here is the disconnect between Betfair’s public slamming of the front door on its Asian customers, followed by its discreet opening of a ground floor window out back. Like many a disgraced politician, it’s rarely their actual misdeeds that bring them down, rather the lying under oath to attempt to cover up their bad behavior. Betfair’s apparent willingness to risk violating the terms of their new Italian license seems entirely driven by the need to arrest the sharp decline in their share price. This focus on satisfying the short-term whims of market analysts, rather than the long-term needs of their company, is yet another reason why we feel the correct model for online gambling companies is, was, and forever shall be, the privately held model.