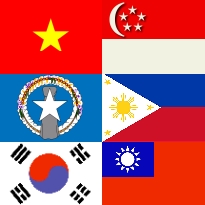 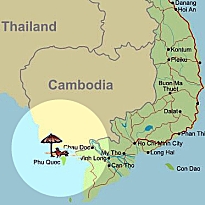 In Asia, the rich are about to become richer. Vietnam has invited foreign investors to submit proposals for a new resort casino complex on the island of Phu Quoc (off the coast of Cambodia). The five or six hotels will offer 3,000 rooms, while the 30,000 sq. ft. casino will be allowed 2,000 slot machines plus 200-400 gaming tables. The duration of the license is expected to be 30 years. Vietnam’s other new pleasure cove, the Ho Tram Strip (on Vietnam’s southeast coast), is already in the works, with MGM Resorts set to open in 2013 and Pinnacle Entertainment a year or so later.

On Phu Quoc, the government is leaving nothing to chance. A new international airport is being built to handle the influx of visitors (a one-hour flight from Ho Chi Minh City). Roads are being laid. The government plans to turn Phu Quoc into a special administrative region by 2020, by which time it hopes to be seeing 2-3m visitors annually.

Despite setting the bar for Phu Quoc investment at $4b minimum, the government reportedly has at least 10 interested parties. A source told the Thanh Nien News that the inside favorite had proposed building a complex similar to a wildly successful one in Singapore. This suitor could just be counting on the Vietnamese being all too aware that Singapore’s two integrated resorts – Marina Bay Sands and Resorts World Sentosa – are threatening to eclipse all of Las Vegas after less than two years in operation. Or it could mean that our field has already narrowed to two: Las Vegas Sands or Genting.

Genting could use the bump. Genting Singapore PLC saw its net profit fall 39% in Q2 2011, leading analysts to suggest Resorts World Sentosa has lost market share to its crosstown competitor. A net profit of $242.9m over three months doesn’t sound bad to most ears, but it’s probably pulling-out-hair time in the Genting offices. Earnings were off 34% to $347.2m due to an unfavorable record against high-rollers. Group revenue was off 17% to $728.7m; gaming revenue was down 24% to $583.9m. (If we’re keeping score, LVS reaped $737.6m revenue from Marina Bay Sands this past quarter.) Choosing to focus on the positives, Genting execs trumpeted the growth in their non-gambling business and claimed that, while they remained “cautious in the short term,” they were bullish “in our product and our standing as Asia’s premier resort destination.”

Plenty of other Asian jurisdictions want to feel some of Genting’s pain. Politicians on Saipan were recently treated to a presentation by Macau-based gaming consultants. IGamiX’s Ben Lee said he believes establishing a casino industry on Saipan is feasible, but only if they start small and recognize that they face a lot of regional competition. The government is currently drafting a bill (HLB 17-44) that would legalize casino gambling on the island. A recent ‘final draft’ called for an exclusive 30-year license with an advance fee of $575m and $25m/year.

In Taiwan, the deputy minister for the Council for Economic Planning and Development believes his country’s plans to build casinos on its outlying Matsu Islands will fail without big time international investment. San Gee says that unlike Singapore, which offers tourists something beyond the casino walls, the archipelago in question is essentially barren. Gee also claims that his discussions with major casino operators produced only a smattering of interest in the Taiwanese plan. So were Pansy Ho and Sheldon Adelson fibbing?

In South Korea, politicians are wrestling over whether to allow locals to enter more than just one of their 17 existing casinos. But they’re also talking about building between two and five tourist-focused Singapore-style integrated resorts to boost South Korea’s annual visitor rate beyond its current 8.3m. Sources told Inside Asian Gaming that several Macau operators had expressed interest, but South Korea’s chaebols (cash-rich companies, including Samsung and Hyundai) may finance their own projects and limit foreign investment to management and branding contracts. Given that South Korean forces reportedly engaged in an artillery duel with their counterparts in North Korea on Wednesday, it’s clear that this market has a few unique concerns for investors to weigh.

Finally, plans for the Philippine Amusement and Gambing Corp. (PAGCOR) to operate a casino in Butuan City have been scrapped following stiff opposition from the Catholic Church. Mayor Ferdinand Amante Jr., who was personally opposed to the plan, claims public consultations revealed the sheer depth of antagonism from the Church and “cause-oriented groups.” Et tu, Greenpeace?