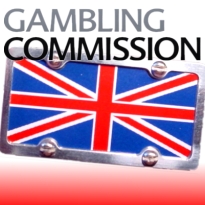 The lack of detail in the Department for Culture, Media and Sport (DCMS) announcement that it will require online gambling operators serving UK customers to hold UK Gambling Commission-issued licenses led to mixed reactions from gambling companies, licensing jurisdictions and market analysts. While Minister John Penrose was keen to stress the consumer protection aspects of the DCMS plan, left unanswered was what ramifications this plan holds for operators, specifically in terms of how much tax they pay.

Morgan Stanley analyst Vaughan Lewis claimed that “while the proposals claim to be driven by a desire for greater customer protection, they will also create an opportunity to levy duties on overseas operators.” Citing the DCMS statement’s insistence that non-UK-based operators were currently not “bearing a fair share of the costs of regulation,” Evolution Securities’ James Hollis suggested this “firmly implies … that taxation will become part of the new legislation.” Peel Hunt’s Nick Batram also believes the DCMS plan will create “a legislative structure that makes it easier … to introduce a tax.”

Even though any tax changes would require Parliament to revise existing legislation, and thus are likely years away from taking effect, the DCMS announcement prompted skittish investors to dump publicly traded gaming shares. Paddy Power dropped 7% on the news, Betfair fell 3.4%, William Hill was off 3.8% and Ladbrokes slipped almost 2%. However, while Evolution’s Hollis agreed that any change in the tax situation would definitely represent “a clear medium-term disruption” for these companies, their long-term outlook was far more bullish, as licensed operators would be expected to pick up extra business from companies unable to win a new UK seal of approval.

According to the DCMS statement, “a period of transition will be put in place, which will see operators already fully licensed in [European Economic Area] member states and the existing white-listed jurisdictions entitled to, or eligible for an automatic transitional license to prevent them having to cease trading.” This was welcome news for Isle of Man Minister for Economic Development Allan Bell, who found it “encouraging to see that Isle of Man based companies will have a much lighter touch approach and have been ensured continuity of business throughout the period of change. Under the automatic transitional license, Isle of Man-based companies will have a streamlined point of entry and significantly reduced administrative costs when they obtain a UK license.”

Finally, in the day’s least surprising news, the British horseracing industry is bullish on what the DCMS plan represents for their future, provided “these new licensing arrangements include a requirement for overseas operators to make contributions to the Horserace Betting Levy. Any viable reform must, as a prerequisite, close this heavily exploited loophole.”