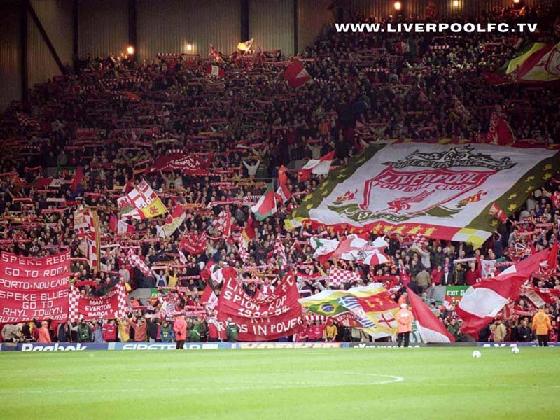 Visiting a soccer game over in old Blighty is usually not a cheap date. Accordingly, anyone attending will want his or her money’s worth. What’s the use in spending £50 for a ticket if you go home feeling disappointed. You want to be entertained. You want to be in relative comfort. You want the atmosphere. All in all, you want to feel as though you’ve been to a spectacle both on and off the pitch. Thankfully spending lots of money trying and failing to find the best atmosphere amongst Premier League clubs is no longer a problem.

Specialists in the noise levels at football grounds have set up a league table to plot the highest decibel levels throughout the league. Fanschants.com set up decibel readers at every ground around the country on three separate occasions and took the average of the three readings.

Out on top, averaging at 97 decibels was the much-vaunted atmosphere at Liverpool’s Anfield stadium. Impressive really seeing as it’s not the biggest ground in the league. Remember though – it’s not the size that matters…it’s how you use it.

The largest stadium in the league, Manchester United’s Old Trafford, was second at 94 decibels. That meant both were louder than your average lawnmower on an average day. No one reached the heady heights of the chain saw at 110 decibels though.

Bottom of the sound league was South West London side Fulham who managed a pitiful 65 decibels and proved why Sir Alex Ferguson described the atmosphere as “quiet and sunbathing.”