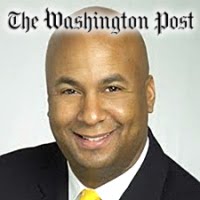 The Washington Post editorial board has come out with a strongly worded condemnation of Michael A. Brown, the Washington, DC Council member who succeeded in passing the country’s first intrastate online poker legislation last December. The WaPo board have several bones to pick with Brown, starting with the way Brown managed to get his legislation passed.

In December, Brown slipped an amendment into DC’s supplemental budget to allow the DC Lottery to offer online poker within the District of Columbia’s geographical borders. No committees reviewed Brown’s amendment, nor were any public hearings held. Then-Mayor Adrian Fenty only learned about it after the fact. (Vincent C. Gray, the council chairman who approved Brown’s proposal, took over as new mayor in January.) When the Post asked Brown why this bill had traveled such an unorthodox path to legislationville, Brown replied: “Not sure.” While we applaud Brown’s economy with words, we figured he was just being nice, because “Why not? That’s how the fucking UIGEA was passed!” might not have come across all that well in print.

Beyond that, the Post takes issue with Brown’s undisclosed employment by the law firm of Edwards Angell Palmer & Dodge, a sponsor at last month’s GIGSE conference, whose clients include “public and private companies that provide gaming equipment, software and/or services; casino owners.” Brown, who earned $240k from the firm in 2010 for duties that remain, er, undefined, claims there was no conflict of interest, as none of the firm’s clients had business before the district that would have been affected.

However, one of the firm’s clients is GTech, which used to run the DC Lottery before Intralot was awarded the contract in Oct. 2009. The Post isn’t suggesting that GTech stands to directly benefit from a contract it no longer holds. The suggestion is that if other states decide to follow DC’s lead, other gaming companies (and presumably some of the law firm’s clients) will surely stand to make a buck or two getting them up and running. Well, duh.

Frankly, as one of the nation’s premier political newspapers, the Post’s outrage here seems a little disingenuous. Imagine… A legislator with ties to a law firm that represents a particular business sector brings forward legislation that would potentially benefit that sector? Good gracious, is that really how they make sausage? I think I’m going to be sick…

IGT doing well, but that might not be good enough
Rafi Farber
7 March 2017
.