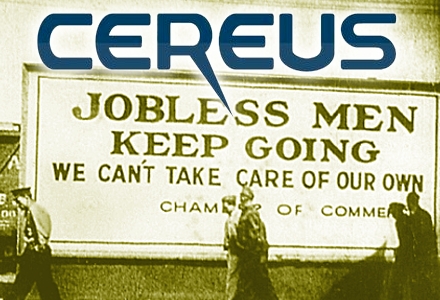 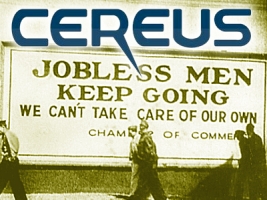 ✖ ‘ElevenGrover’ on poker forum TwoPlusTwo has posted the contents of a supposed ‘termination memo’ (obtained from an anonymous source) that was allegedly sent by the Cereus Network to its Costa Rica employees. The memo states that, in the wake of Black Friday, Cereus needs to “focus our resources on developing our non-US operations and software business. Unfortunately, this also means we must immediately restructure our organization and significantly downsize our operations … Some of you will be approached by the business for a new role with a much smaller company that is focused on continuing our non-US operations and software businesses … Today’s decision has not been made lightly, or in haste. It comes after considerable review from all angles of the impact Black Friday has had on the business as a whole. We are disappointed that events of the past two weeks have effectively forced us to take this action, with downsizing of the business now unavoidable.”

The memo specifically mentions the Big Tree Agency (which handled marketing/communications) and Innovative Data Solutions (which handled customer support). The Facebook accounts of some AP/UB employees are reportedly claiming that equipment has been removed from Absolute offices in Costa Rica. A request for a comment on the veracity of the memo that was sent to Cereus’ parent company Blanca Games has as yet gone unanswered. For what it’s worth, the latest PokerScout data shows Cereus’ traffic has fallen 76% since Black Friday. Read the full ‘layoff memo’ contents here.

Further, the board of Madeira Fjord, a Norwegian shell company set up to facilitate debt payments to AP/UB shareholders, reportedly issued an ominous notice to shareholders on April 30. It read (in part) that “Blanca Gaming has provided notice to our subsidiary Avoine that it is currently unable to make any payments toward its debt obligations. Additionally, Blanca has further advised that there will be no future payments. Over the past 60 days, the Company has accumulated current debts in excess of $250,000 which are increasing at $100,000+ per month. These obligations are primarily legal and professional fees in Norway. With no cash on hand and no prospects for any cash flow for the foreseeable future, the Board of Directors is required by Norwegian law to enter the bankruptcy process.” Read the full notice here.

✖ Vensure Federal Credit Union, the only credit union on the list of financial accounts seized on Black Friday, is suing the National Credit Union Administration in federal court to prevent the NCUA from taking control of its operations. The NCUA took over Vensure post-Black Friday on the assumption that the lone account seized by the Feds represented such a significant part of Vensure’s “material sources of income” that it could not carry on without those funds. In court filings obtained by the Credit Union Times, Vensure admitted that it made the majority of its business over the last two years providing ACH transactions for Trinity Global Corp., a payment processor linked to PokerStars and Full Tilt. However, Vensure claims to have provided the NCUA with “dozens of reasoned legal opinions attesting to the fact that online poker is not unlawful internet gambling” as defined by the UIGEA. (Excuse us while we fight a sudden outbreak of the giggles.) Vensure also claims to have abided by the NCUA’s orders to cease the ACH transactions back in January (although why Trinity’s roughly $2m account was still on Vensure’s books on April 15 is unclear). For its part, the NCUA expressed concerns that the extent of the relationship between Vensure and Trinity’s respective leadership was unknown.

✖ Black Friday was a hot topic at Tuesday’s kickoff of the iGaming North America conference in Las Vegas. The sentiment of most panelists was that poker itself was not the target of the DoJ indictments, hence their willingness to facilitate the return of players’ balances. Given the severity of the potential 20-30 year sentences facing the indictees over the fraud/money laundering charges, attorney Paul Hugel observed that the cases were unlikely to ever make it to trial. “There’s going to be tremendous incentive for these defendants to be trying to work out a deal.” Another attorney, Fred Heather, predicted that the other DoJ shoe has yet to drop. “I expect that more sites will be targeted very quickly.” Revealing how badly Caesars Entertainment wants to pay off its $18b debt, VP of Communications and Government Relations Jan Jones dubbed April 15th ‘Good Friday’. Jones dismissed the prospect of intrastate gambling being a workable solution in any other states besides California and Florida and said the company doesn’t fear potential competition from social companies like Zynga poker and other internet giants. “I’d like to see Google go through licensing.” 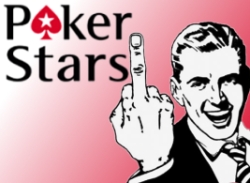 ✖ PokerStars affiliate ‘Pauly’ has blog-posted a bulk email he claims to have received from the company stating that it is “unable to pay our affiliates in respect of accumulated fees connected to US traffic delivered” for “March 2011 and beyond.” (Read the entire post, including PokerStars email, here.) The email goes on to say the decision was reached “based on clear legal advice” but that fees owed from non-US traffic would still be forthcoming. Pauly posts a scathing response, in which he tears a strip off PokerStars for not having the courtesy to respond to his specific questions and concerns. He also questions why he should continue to send non-US customers to PokerStars when he can’t be sure the company won’t pull the same schtick twice.

✖ Full Tilt is winning no friends with its latest update on when US players will begin to see payouts on their accounts. A TwoPlusTwo poster claims to have received an email from ‘Rory’ at Full Tilt Poker Black Card Support which claimed the company is “diligently working on facilitating the withdrawal of funds for US Players. This is our top priority and we’ll have a further update in the week commencing Monday, May 9th.” That’s a virtually identical statement that a company rep posted to the same forum on April 28, except that the date for “a further update” has been pushed back by at least a week. Note that the use of “the week commencing” means the announcement could come as late as May 15. Even then, it could simply announce a further delay.

✖ US Attorney General Eric Holder appeared as scheduled on Tuesday at the House Judiciary Committee oversight hearing. As we predicted, the subject of Black Friday came up only briefly, and Holder was able to easily deflect Rep. Steve Cohen’s (D-TN) ‘don’t you have bigger fish to fry’ arguments by pointing out that bank fraud and money laundering are serious offenses. While Cohen deserves credit for even raising the issue, he slipped up badly by starting his line of questioning with the assumption that Holder and President Obama play poker together, prompting Holder to counter that he himself doesn’t play poker. Whoops. (Homework: do it.) Rep. Linda Sanchez (D-CA) also raised the issue in a rambling monologue that used the words ‘um’ and ‘uh’ about seven thousand times in a two-minute span. Churchillian, it was not. Still, points for trying. Watch Cohen and Holder’s exchange below.