Home / Press Releases / Online Poker Indictments in the USA, have a positive effect on iGaming Legislation. 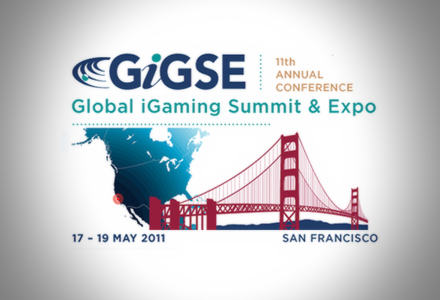 Online poker indictments in the USA will have a positive effect on the iGaming legislation, but only in the long term, a poll says.

The widely reported indictments of popular online pokers sites PokerStars and FullTilt, accused of fraud and money laundering, have put in question the feasibility of the iGaming legalization efforts, undertaken both on the Federal and the State level. With the damage done to the reputation of online poker, many believe that fewer politicians will now be willing to back any of the bills that legalize internet poker.

This view is shared by Lloyd L. Levine, former Assembly member of the California Legislature and an advocate of internet poker legislation in California, who said: “The biggest impact of the Justice Department enforcement action will be to further slow the already slow pace of legalization efforts in the United States. As evidenced by the repeated failure to pass legislation in the states where it has been introduced, legislators are proving to be a bit gun-shy when it comes to legalizing intrastate poker. Additionally, the current gridlock in Congress will probably thwart any attempts to provide a federal solution, or even clarity. This gives already reluctant and risk adverse legislators another reason to wait.”

A LinkedIn poll launched by Clarion Gaming, organizers of the 11th Global iGaming Summit & Expo (GiGSE), which will investigate the legal and commercial future of iGaming in the USA, agrees that the short-term effect of the indictments will be negative. The same poll, however, suggests that there is a general belief in the industry that the DoJ action will lead to the legalization of internet gaming in the USA in the long term.

This belief has also been expressed by a GiGSE speaker, Kevin Flood, CEO of Gameinlane.com: “Oddly one could argue that the Justice Department’s move could improve the likelihood of a new bill being enacted that would open up online gambling in the US providing all operators and systems providers licensed to do so have no prior history of taking US wagers after UIGEA was enacted. In fact, this may be the real reason for the Justice Department’s swift move to identify which operators could and could not run online gambling operations in the US.”

Betfair is one of the operators who have never taken US bets and who have welcomed the DoJ action: “These events provide validation of the long-term, legally-conservative strategy of those global operators that have elected to closely adhere to U.S. laws. Those companies pursuing short-term gain are now out of the game”, commented Laurie Itkin, VP, Public Affairs, Betfair US/TVG.

The DoJ enforcement has also been applauded by Jan Jones-Blackhurst of Caesars, one of the strongest supporters of the iGaming regulation: “Caesar’s Entertainment supports strong enforcement against illegal online gambling activity in this country. But illegal activity – and the risk of consumer fraud, money laundering and underage gambling – will continue until the U.S. passes laws ensuring that only licensed, taxed and highly regulated companies can operate in the US market.”

Until regulation happens, millions of players will continue to play online poker on unregulated sites. “There are nearly 11 million people in the U.S. play poker online for money, nearly 10 times more than the next largest country. As always, this is not a yes or no proposition. The real question isn’t are people going to play internet poker? but WHERE are they going to play?, said Lloyd Levine, in his commentary on the DoJ action.
Laurie Itkin of Betfair and Jan Jones-Blackhurst of Ceasars will join a former employee of the Department of Justice, Kevin DiGregory, currently representing Manatt, Phelps & Phillips, LLP, and a California lawyer Martin Owens Jr., to discuss further the implications of the online poker indictments during the 11th Global iGaming Summit & Expo. The extended commentary by GiGSE speakers, including above quoted Kevin Flood and Lloyd Levine is available on the GiGSE website: www.gigse.com