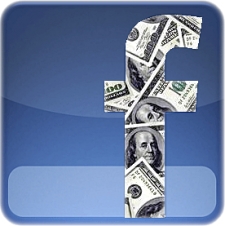 The square-jawed Winklevoss twins are two less thorns in Mark Zuckerberg’s side after a US appeals court ruled Monday that the twins must accept the $65m Facebook settlement deal they signed in 2008. The twins – who claimed they’d hired fellow Harvard student Zuckerberg to work on their software, only to have Zuckerberg steal their idea and turn it into Facebook – had alleged in their latest court appeal that the company’s true (much higher) valuation had been hidden from them, so they wanted the deal ripped up and a much larger check issued. But it was not to be, and 9th US Circuit Court of Appeals Chief Judge Alex Kozinski may have delivered the judicial zinger of the year by stating that the twins “are not the first parties bested by a competitor who then seek to gain through litigation what they were unable to achieve in the marketplace.” BURN!

So it should be champagne-popping time around the Zuckerberg mansion, correct? Not so fast, Faceboy… There’s still the suit filed by Paul Ceglia, who claims he invested $2k in Facebook way back in 2004, which Ceglia believes entitled him to 50% of the company – a slice that has since increased to 84%, in Ceglia’s compound-interested mind. Ceglia has a colorful history, including a felony fraud conviction, but Ceglia also has archived email exchanges between himself and Zuckerberg (read them here) that appear to support his outlandish investment claims. Facebook attorney Orin Snyder called Ceglia a “scam artist” making “ridiculous” claims, but Snyder’s bravado may be more a case of whistling past the graveyard. Ceglia has a new high-profile law firm that told Business Insider they did “weeks” of due diligence before taking on the case, and came away convinced the emails were legit. In other words, this suit may yet have legs. (Oooh, does this mean The Social Network gets a sequel? Can this one have a girl with a speaking role?)

It seems the day’s news is filled with lawsuits flying hither and yon. The online gambling industry has seen its share of these, including the recent claim made for a 20% stake in the Cake Poker Network. The common denominator between these Facebook cases and Cake’s suit is the claim that early contributors to a business were cut out of the picture when that business became a success, and were thus denied earnings they believe are rightfully theirs. There are obvious differences, as well – Facebook is the single biggest business success story of the ‘noughties,’ while Cake is, er, not. So which path will Cake’s case follow? Will a judge tell Cake’s plaintiffs that, like the Winklevoss twins, they got what they got and that’s that, or will the Cake plaintiffs’ case, like Ceglia’s, also have ‘legs?’