The fight to bring ‘destination resorts’ to Florida is over, at least for this legislative session. Sen. Dennis Jones withdrew his proposal to add five major casino projects to Florida after another senator added an amendment that would have permitted the state’s pari-mutuel operators to add table games to their existing slots offering. Table games are supposed to be the sole right of the Seminole Tribe, according to the five-year exclusive agreement the Seminoles signed with the state just last year. Regardless, neither side relishes the notion of also having to compete against outside giants like Wynn Resorts or Las Vegas Sands (whose kingpin Sheldon Adelson met with Gov. Rick Scott last November, just two weeks after Scott’s election). There are other casino bills pending, but Jones’ effort was seen as having the best shot, so better luck next year. 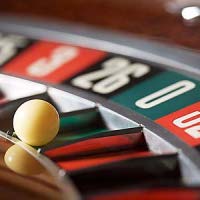 The Dec. 15 opening of the Cosmopolitan hotel-casino in Las Vegas meant the joint was only open for 17 days in 2010. During that time, it took in almost as much room revenue ($4.2m) as gaming revenue ($4.3m). The novelty factor was in full effect, resulting in a 97.8% room occupancy at an average daily rate of $319. Sadly, other numbers, such as the $116m in preopening expenses and the $42m marketing spend, resulted in a total loss of $139.5m for 2010. Nevertheless, Deutsche Bank, which took over the Cosmopolitan when its original developer ran out of money midstream, believe they’re now on the path to profits.

Another potential profit stream would be requiring dealers to share tips with casino management. The 500+ dealers at Wynn Las Vegas unsuccessfully tried to remove that requirement from their last contract, but dealers at Caesars Palace are determined to succeed where their Wynn counterparts failed. They recently voted 303-2 to reject a new labor contract that would have required them to ante up 15% of their tips to management. Caesars Atlantic City dealers successfully negotiated a tip-free contract last November, so the guys in Las Vegas are, like, what the hell are we? Cattle? The next round of negotiation will commence April 12.

It’s entirely possible that Caesars management just doesn’t understand how emotional an issue this is for the dealers. Perhaps they should do like MGM Grand president Scott Sibella, who recently put on a wig, glasses and the identity of ‘Paul Thompson’ for his appearance on CBS’ Undercover Boss. Posing as a reality show contestant competing for a job at MGM, Sibella dealt blackjack, spun roulette (including one spin when the ball flew out of the wheel) and personally interacted with four of his 9,000 employees. While Sibella came across as likeable enough, and he did shower his four erstwhile co-workers with cash and gifts after the filming was over, we think it’s sad that none of the four recognized Sibella. Calvin once tried something like that around here, but we recognized him straight away. The trail of nubile women following him around was a dead giveaway.