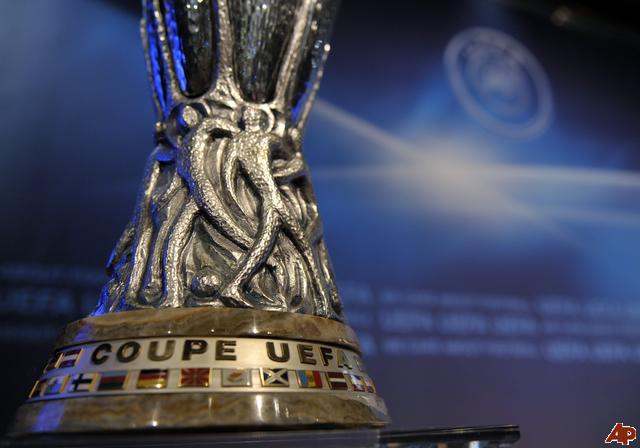 The three British sides left in last night’s Europa League may all have exited the competition but the matches didn’t lack any of the excitement the knockout stages are known for.

Whether it was Mario Balotelli showing that soccer players can double up as martial arts experts or Andy Carroll trying in vain to get just the smallest amount of change from Braga’s stingy defence, Rangers will arguably be the most disappointed.

The Scottish side went into their second leg at home to PSV with the scores level knowing that scoring more goals than the Dutch side would ensure their passage into the last eight.

Before most of the circa 40,000 in attendance could swallow the last mouthful of their pre-match haggis, they were a goal down and needed to score two to be in with any chance of advancing.

An ultra-reserved performance and some questionable officiating contributed to the Scottish side’s demise although if they’d scored there would be no need to find someone to shoulder the blame.

The men who traditionally dress in black were also top of the agenda at the City of Manchester Stadium as Man City striker Balotelli attempted to imitate one of his teammates with disastrous consequences.

Barely half an hour had passed when the 20-year-old unleashed a fly kick reminiscent of Nigel de Jong’s effort in last summer’s World Cup final for which the Italian received his marching orders. If “Super Mario” had stayed on it could have been a different story, as City could only manage one goal on the night.

What it meant was the tall order of a Roberto Mancini coached side scoring two goals. I mean who do these soccer administrators think they are asking Roberto to actually attack!? It beggars belief!

It was then all down to Liverpool and January signing Andy Carroll to write another act in Anfield’s fabled European history book. Except the problem here was that the big man can only do so much.

The Geordie works well as a lone target man if there is one of two options available to him. 1. Wingers who are rather good at putting the ball on his head from anywhere within around 12 yards of the goal 2. A teammate playing just off him to feed on his knockdowns.

No Steven Gerrard meant that Carroll would probably have put his time to better use sharing a few drinks with his step-dad Kevin Nolan as the service he received from Joe Cole was far from acceptable, and Raul Meireles was outnumbered by a number of Braga defenders.

It all means the draw today will contain no British teams and England’s three remaining teams in the Champions League will fly the flag. Say what you like about the Europa League but it was good while it lasted for these three sides.