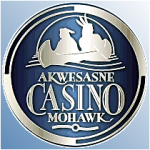 The St. Regis Mohawk Tribal Council has withheld a $4.9M casino revenue sharing payment from the state of New York. Chief Mark Garrow apparently informed state officials last week by letter that the second-quarter payment would not be forthcoming because of unspecified allegations that the state had violated the Mohawks’ exclusive rights to operate slot machines.

Garrow has denied that the Mohawks are ‘in coordination’ with the western New York Seneca tribe and its recent decision to withhold over $200M in casino revenue from the state for similar reasons. Garrow has also denied that the tribe’s decision has anything to do with the state’s proclaimed goal of taxing tribal cigarette sales to non-Indians, which earns the tribes millions every year. Perhaps documentarian Ken Burns should start working on a new episode of that We Shall Remain series, because it seems there’s some kind of fresh reckoning brewing between the state and its native tribes.