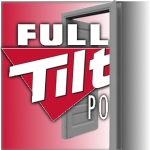 The fallout continues from the recent Washington State Supreme Court rejection of an appeal of the state’s 2006 anti-online gambling laws. Last week it was the world’s largest poker room, PokerStars, that announced it was barring the state’s players from cash play on the site. However, residents of the Evergreen State are a stoic lot (something to do with enduring those endless winter months of grey, drizzly skies) so most of them presumably shrugged off the PokerStars rejection and transferred their affections (and balances) elsewhere, such as the #2 room, Full Tilt.

In light of recent legal events, Full Tilt Poker notifies all of its players from Washington State that we are closely monitoring and have been assessing the recent legal developments that have occurred in Washington along with our advisors. While the option to play real-money poker games of skill is still available on Full Tilt Poker, we will have further information about the status of real-money play by Washington residents in the near future.

Full Tilt hasn’t traditionally been this skittish about facing down US jurists with whom it doesn’t agree. Then again, perhaps the company is more concerned about that full court press supposedly being conducted by the US Attorney’s Office for the Southern District of New York than they’re publicly letting on.