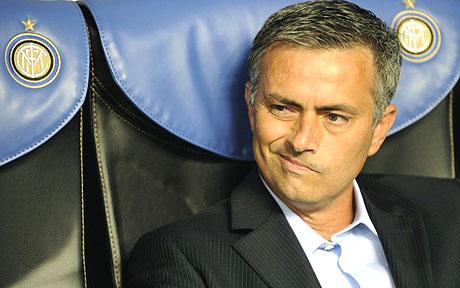 It’s not the greatest surprise in the world to learn that the odds on José Mourinho managing Real Madrid next season have been slashed from 4/5 to 1/3. After becoming only the third coach to win the Champions League with two different clubs The Special One wasn’t even on the Inter party plane that touched down in Milan in the early hours of this morning, deciding instead to stay on in Madrid for a bit of house hunting. If I had sufficiently large cojones I’d be all over that bet like a rash, but I don’t so I’ll just have to settle for a rash on my raisin-sized testicles instead. Read more.