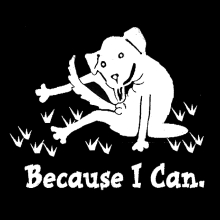 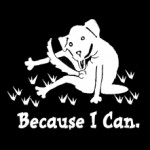 Following the Malaysian government’s decision to re-award a sports betting license to Ascot Sports, a crowd of 300 Islamic fundamentalists took to the streets to protest. Also drawing the religious authorities’ ire was U.S. hip hopper Pitbull, who just happened to be playing a show in the country this weekend. Interestingly, the mob objects to Pitbull not just because he has tunes with salacious titles like I Know You Want Me, but because he had the audacity to name himself after a dog (which Islam regards as ritually unclean). Personally, we can’t understand this attitude: for instance, our late pooch Bo Da Dogg was exceptionally clean. In fact, he spent days doing nothing but cleaning his balls. Read more.