Home / Sports / Lavin And Hot Wife Off To St. John’s 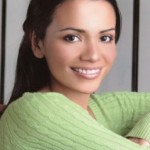 It’s been a while since St. John’s was relevant in the college basketball world, its been even longer since Steve Lavin was but both should be changing their fortunes next season. Steve Lavin has been named St. John’s new head coach, and a safe bet is that he’ll be able to recruit a competitive team in the years to come. An even safer bet is he has the hottest coach’s wife in college basketball, maybe he should just send her to recruit. Read more.