Home / Poker / Don’t tell Lady Gaga, but the poker face is a myth 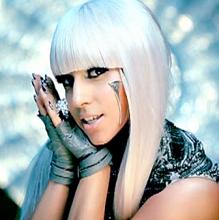 According to a study conducted by researchers at the University of Melbourne, the eyes aren’t just a window into your soul, they’re X-Ray Specs looking down on your hole cards. Test subjects were asked to randomly pick numbers from 1-30 on the beat of a metronome, and researchers were able to accurately predict what number the subjects would utter before they announced it, using only the position of a test subject’s eyes as a barometer. We fully expect Ray-Ban stock to shoot up come Monday morning. Read more.