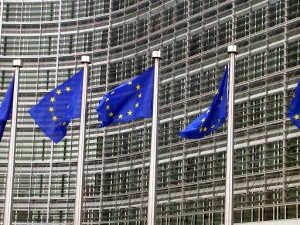 On March 22, 2010, the UK Government released a consultation document that, if adopted, has the potential to radically change the UK’s stance with respect to foreign operators advertising or taking bets from UK residents. To understand the remarkable scope of this potential shift in policy, one must first understand a bit of history…

Passed in 2005, the UK Gambling Act was designed to acknowledge and respect the provisions of the EU Treaty that permitted the free flow of goods and services between European member states. As such, the Act enabled those licensed elsewhere in the European Economic Area (all of the EU member states, plus Norway, Iceland and Lichtenstein) to freely access the UK market, and to advertise within the UK accordingly. In addition, the UK created a “white list” process, whereby non-EEA jurisdictions could be audited and assessed by the UK to determine the suitability and strength of their regulatory regimes. If a non-EEA jurisdiction was added to the white list, that jurisdiction would essentially be treated on par with EEA member states. The white list presently includes Alderney, the Isle of Man, Gibraltar, Tasmania, and Antigua.

The UK was poised to become the global crown jewel of the egaming space – a tremendous talent base, unparalleled professional and technical services, and respected international stature had set the stage for the UK to create a first mover advantage that had the potential to completely marginalize other, less well-positioned jurisdictions. Glorious promise, indeed – a vibrant new economic sector, well-paying jobs in technology, call centres and management, and massive international investment.

Sadly, in what was to some a staggeringly obvious blunder, this opportunity was smothered in its cradle by the imposition of the UK’s 15% tax on operator gross profits.

Applications were few and far between in the lonely Birmingham offices of the UK Gambling Commission, and even those operators historically based in the UK found themselves at a competitive disadvantage to their competitors elsewhere in the EEA and in white listed jurisdictions that did not bear the onerous tax burden their Government had heaped upon their shoulders.

Then, the unthinkable happened. Not only was the tax regime deflecting potential foreign investment and sector stimulation, but when the Government turned a deaf ear to their local operators’ pleas for tax relief in the face of foreign advantage, venerable brands William Hill and Ladbrokes succumbed to economic realities and were forced to take their online operations offshore.

In August of 2009, amid much controversy surrounding the addition of low-tax Antigua to the white list and shell-shocked by the consequences of the Government’s horrid miscalculation, it was announced that applications for the whitelist would be suspended and the entire licensing regime would be reevaluated.

Which brings us to this week. This week, the Government released a consultation document outlining the regulatory path for the remote gaming industry in the UK. One might have hoped that the Government would have continued its progressive, open market approach, simply removing the single constraint and recommending a reduction in tax – thus enabling its cultural, technical, and talent advantages to draw operators and related services providers quickly back to the fold. But the DCMS has taken quite the opposite approach, opting for the stick over the carrot. Recognizing the significant value in the UK’s market itself, the Government has instead opted to ignore its previous, progressive stance towards the free-flow of services within the EEA, and instead take an enormous stride backwards, and adopting the protectionist, isolationist approach espoused by Italy and France (and soon Spain and others). The EU is no longer a free market for remote gaming services as far as the UK is concerned – to access the UK market (including marketing) will now require a national UK license. And so ends the European Project for online gaming services – not with a bang, but with a 54-page, re-tape-swaddled, bureaucratic whimper.

Now, the Department of Culture, Media and Sport will decry “this has nothing to do with tax – that’s the remit of the Treasury”, but such political Three Card Monte fools no one. The UK was perfectly willing to respect Article 49 and the ability of other Member States to adequately regulate before they saw jobs and tax revenues pour overseas. Would this have been unchallenged under former EU Commissioner Charlie McCreevy? It’s impossible to know. But it seems clear that the new EU Commission is content to stand idly by while Italy and France and others implement national regimes that flout the basic tenets of the European Project, and these recommendations released this week seem to have significant cross-party support within the UK.

Such sweeping changes will have subsequent rounds of “consultations”, but insiders report that it already has significant support and these recommendations expected to pass into law in early 2011.
The European Union was founded on what are often referred to as the “Four Freedoms” – freedom of movement of Goods, Services, Capital and Persons. One might be forgiven for missing the tiny footnote, written as it was in 5-point font and invisible ink, which reads, quite simply “online gambling sector excepted”.

The passage of these recommendations into law will mark a dark day indeed for the promise of an open EU market, as well as for Malta (the sole remaining – and increasingly irrelevant – voice in support). Naturally, the leeching of 15% tax from operators’ coffers will mean less capital available for acquisitions, product enhancement, expansion, staffing, R&D and innovation. But the bureaucrats and lawyers will be smiling. And after all, that’s the point. Right?