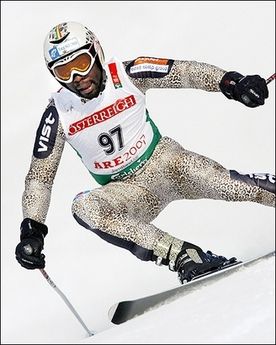 The 2010 Olympics in Vancouver, British Columbia Canada have just concluded and if you’re Canadian, you’re probably still celebrating. Canada had a record showing with 14 gold medals, the most ever by any nation and of course the most important thing to Canadians was that their hockey team took the gold medal, in what was probably the most intense hockey game for a gold medal in recent memory.

There were a couple of great Olympic bets to make as a number of favorites were ousted and a few underdogs came out of nowhere with amazing performances. There was the Snow Leoopard, who was more like the slow leopard, a Ghanaian skier, they should have given him a medal just for being out there. I’m sure some people jumped on the hype and bet him to win or medal, bad call.

I watched as much of the games as one could possibly stomach of winter games, that is. Watching the women’s hockey, was for lack of a better word, difficult. Although, the speed skating was exciting and so was cross country skiing, I just love watching 50 km of slow uphill skiing.

There were odds out on many events and as the saying goes, if you build odds, they will bet. So let’s start with the hockey tournament. If you took a look at all the teams on paper before the Olympics began, you might say Russia, Sweden and Canada, The Czechs and maybe USA were going to compete for the gold and you would have lost a shit ton of money. Russia, Sweden and the Czechs didn’t even medal. I guess that’s why they play the games.

Figure skating…It’s actually a pretty intense sport. You got girls flying around in tight clothing doing triple axels and that’s just the men’s…No, but seriously, there was a Russian skater who came out of retirement because he thought the sport had gone soft, all the men were doing weak jumps, so he comes back to show them how it’s done by doing Quads, that is, spinning four times in the air. No other man in the competition could do it, so a good bet would be to take the Russian for gold right? Wrong, he got the silver, injustice.

It turns out that injustice would be the theme of the figure skating, and what I’m about to say will offend some, but I have to call it how I saw it…I think the fix was in for the woman’s skate to make sure the Canadian girl who tragically lost her mother during the Olympics, made the podium. It’s a terrible thing to say, I know, but here are the facts, she didn’t skate well in her last skate and the 16 year old Asian American chick that skated after her was flawless. Good on the Canadian girl though, she’s really hot too. If you bet on Una Kim, the Korean to win, it wasn’t even close, she won in a landslide.

Bode Miller was a decent bet for skiing as he seemed to redeem himself this Olympics with a couple trips to the podium. Guess he eased up on the partying a little.

Pretty much, betting on any Russian would have cost you big time, they had a horrific Olympics. The Russian Prime Minister himself publically stated how disappointed he was with the Russian athletes, especially the hockey team. Ouch.

The two favorites in the curling event were Canadians, the women’s match saw the Canadian women choke and give up the gold to Sweden who would have been a great underdog pick. The men’s match was never in doubt, the Canadian men were pretty much a lock and they delivered.

Perhaps the biggest upset of the games was on the ice as well, where Kramer, the Netherland speedskating superstar got disqualified for an illegal turn, ruining his gold medal world record breaking performance. In classy Dutch style he blamed the whole thing on his coach and then pushed a volunteer. The other big upset was when Slovakia knocked off Sweden to head to the hockey medal round.

There sure were a lot of tear filled blue eyes after that one.