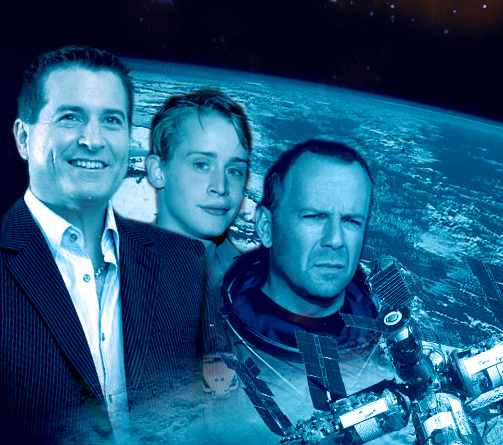 LonelyGirl15, the Britney Spears-Madonna Kiss, Janet Jackson’s Super Bowl wardrobe ‘malfunction,’ Taco Bell’s Liberty Bell hoax… designed to attract media attention, publicity stunts come in all shapes, sizes and degrees of difficulty. If the risk factor is too high and the stunt goes terribly wrong, it can prove to be very costly in the end. Done right, a good PR stunt can do wonders for your brand.

The Blair Witch Project became a smash at the box office, thanks in large part to the massive amount of early buzz created online – a viral PR stunt that resulted in close to $200 million at the box office.

Some PR stunts, like the Olympic Torch Relay, are not only meant to generate huge publicity (in this case for the athletes, sponsors and the Olympics), but also to inspire. While other stunts, like the recent “Balloon Boy” fiasco, are just plain bad. BAD.

Take it from someone who has practically mastered the art of the PR stunt; whatever crazy-ass shit you or your team of crack marketers come up with – you have to know that everyone will smell that it’s a PR stunt from thousands of miles away so it better be good. And if it wreaks of the character or attitude of your business? Even better.

Hell, I almost get misty if I think back on some of the PR stunts I’ve pulled off over the years… there was my trip to Cambodia which ended in a pretty fucking cool “machete fight”, the HailMarySportsbook April Fool’s joke, the boBIRD Space Casino, and at some point I seem to recall losing Bodog to Richard Branson in a poker game.

The Bodog Brand has always been a reflection of my lifestyle and personality, but from a business perspective that’s where I believe it has been able to truly showcase my growth as a significant contributor to this industry – and on a much more humbling note, to the people whose lives the Calvin Ayre Foundation has touched. (Critics have accused me of creating the CAF purely as a PR stunt, but I think the work the CAF has done speaks for itself.)

On a lighter note, who could forget the “WKRP in Cincinnati” classic Thanksgiving “Turkeys Away” episode, where station manager Arthur Carlson had live turkeys thrown out of a helicopter. What was Carlson’s defense? “As God is my witness, I thought turkeys could fly!”

And that brings us back to… Tiger Woods. (Of course it does.)

While Tiger’s woody for the ladies may not be a PR stunt (and I think he’s proof that there is such a thing as bad PR, not to mention bad taste in mistresses), John “Grip It And Rip It” Daly losing 115 pounds is damn good PR – even if it’s not a stunt. Looking good, Johnny my boy. Looking good.