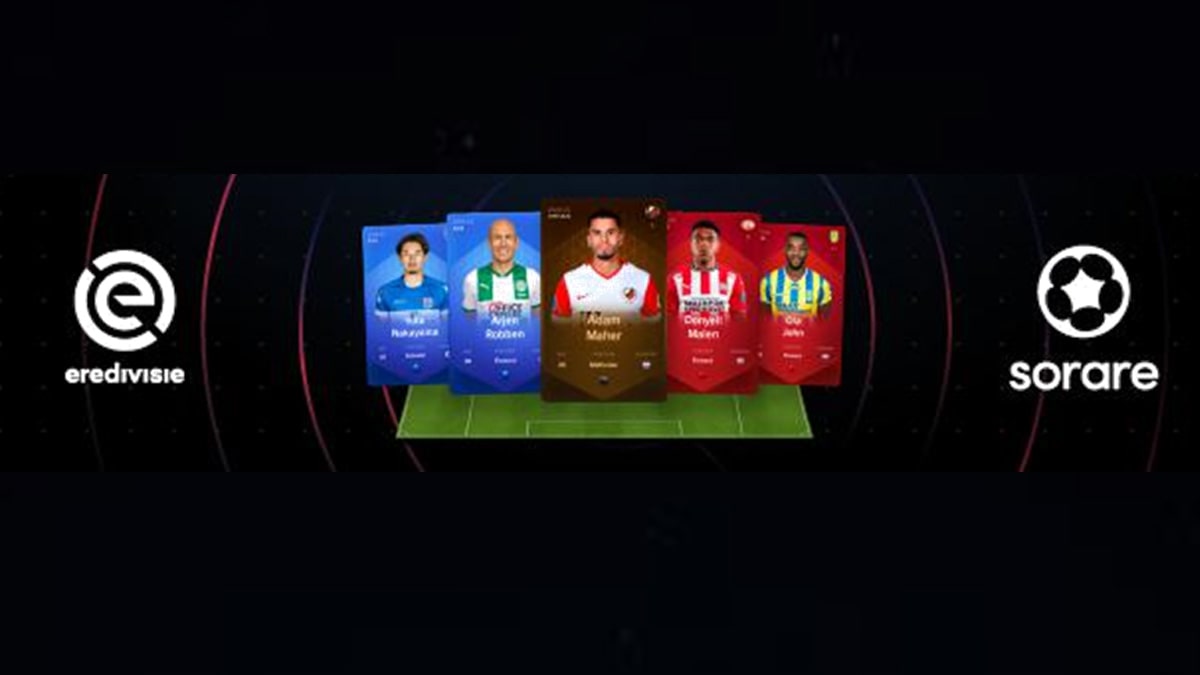 Zeist, January 20, 2021​– Eredivisie card collectors and fantasy football gamers will be able to freely buy,sell, and play with digital cards of players from the Eredivisie, such as Ajax’s David Neres, PSV’s Donyell Mallen and Feyenoord’s Marcos Senesi. Each card is scored based on the performance of the player in real-life during the match day. Since it opened its beta in December 2019, Sorare has grown an average of 44% month on month, and today counts over 70.000 users worldwide, with over $9 million in cards sold across 100 countries. The Eredivisie is the 4th league joining Sorare after Belgium’s Pro League, South Korea’s K League, Japan’s J League and the United States’s MLSPA.

Sorare CEO Nicolas Julia comments: “Millennials are increasingly tuning out of longer sports broadcast formats that don’t engage them. In an economy where the attention of audiences is the single most important unit of currency, games are becoming a new avenue for football brands to reach this highly specific yet desirable demographic.”​

The Eredivisie can further expand its international brand and the brands of the 18 clubs composing the league​1 by reaching several untapped audiences of fans: gamers globally as well as growing their fan base in Asia and America where Sorare is growing strongly.

Marc Rondagh, Business Development Manager Eredivisie CV, explains​​:“​O​ur decision was largely drivenby our excitement for their ambitious vision of building a global fantasy football game with digital cards. At the forefront of innovation, we are always looking ahead, looking to the future, to offer our fans new experiences. To constantly improve them, and to offer better coverage for the brands of our clubs, Sorare

will enable us to reach out to new, young communities, especially in Asia and America. We are proud of this new collaboration.”

licensing category: fantasy football licensing. Nicolas​ Julia adds: “Given​ the current climate, this provides a new opportunity for football leagues to create interest when live games have been significantly impacted. It offers football clubs a way to diversify their revenue streams.”

While football collectors have been able to collect and trade player cards for decades, this was limited to the physical world. Sorare is a global fantasy game that brings people together, especially in times of isolation, through their sports fandom. The fantasy managers buy digital cards of players for the same reasons they buy cards offline – status, differentiation, identity, and membership. Cards are about the nostalgic factor. This also offers the most direct way of investing in the upside of a sports player. The​ Mbappé Unique card sold for $65.000. The Ethereum blockchain is used to establish who owns the digital card at any given time and secures the cards’ digital scarcity. It creates a new level of trust and freedom for gamers.

More than 120 football clubs from Europe, the United States, and Asia have partnered with Sorare to issue officially licensed cards so that football fans can collect and play with their favorite players. See all licensed clubs on Sorare here​.

Sorare is a global fantasy football game where managers can trade official digital cards. Sorare is on a mission to create a world where people sports fandom matters. Since opening its beta in December 2019, Sorare’s game has attracted 70,000+ users with a monthly volume of over $1,900,000 in December 2020. Based in Paris, Sorare is funded by Tier 1 VCs such as e.ventures, seedcamp, and world-class footballers such as Gérard Piqué and André Schūrrle.