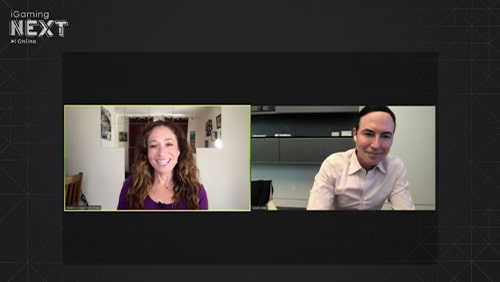 Thanks to iGaming NEXT Online, on Tuesday I had the opportunity to interview Jason Ader, CEO and Co-Founder of SpringOwl Asset Management, one of the biggest investors in the gambling space. This event is now in its 3rd day with a focus on HR, yesterday’s Day 2 with a focus on Marketing and Day 1’s focus on Business.

If you have not already, I invite you to sign up for today’s iGaming NEXT Online sessions (including a keynote from my father Dr. Samuel Liggero!) and you can watch the outstanding content from Day 1 and Day 2 on demand, all free of charge.

The insights delivered by Ader during our Day 1 interview were golden and its rare to have an entire 30 minutes to discuss the global iGaming landscape with someone who has so much experience (20+ years) in this space. Here is the session in its entirety:

While I hope you watch the video in full for best experience, here are some of the highlights from our discussion.

Is the SPAC craze for real?

Ader said SPACs are “certainly one of the most interesting areas and exciting areas in the gaming industry right now” and “Draft Kings is probably one of the great success stories of the decade and of course it became public with a SPAC, its success has led others to follow that lead”. He also cited Rush Street Gaming and Golden Nugget Online as companies in our space who are involved with SPACs.

“When I researched it, the answer really surprised me”, he said.

1)Its faster to take the company public in the SPAC model than it is to do an IPO.

2)You have a way to talk about your company- your story- that’s much less restrictive. The “S4” document (vs. the “S1” document required for IPOs) gives you the opportunity to do things like give projections, your vision, forward looking statements.

So why are there so many? (And not just in gaming)

The pandemic has accelerated the SPAC craze according to Ader. He said companies have been able to raise money quite easily- it used to take weeks and require global travel for the SPAC sponsors to raise money.

“Its now three days on Zoom and you have half a billion dollars in the bank, what’s better than that?” he said.

Valuations- are they ahead of the businesses?

“It’s a bit of a gold rush as you can imagine here in the U.S.”, Ader said of the newly regulated sports betting industry in America.

“The U.S. sports betting business today is actually quite small. Its potential is enormous”, he revealed.

One prediction Ader made is that states in the U.S. will considering legalizing sports betting and linking their liquidity with Europe and the U.K., a concept he is pushing with several U.S. states right now.

“The opportunity is amazing, the stock price valuations are probably a little bit ahead of where they should be because of the pandemic and because these are recognized as stay at home beneficiary businesses, they have actually done quite well this year when most businesses have failed”, Ader pointed out.

With giants like DraftKings and FanDuel, is there room for new entrants?

The short answer here is “yes”.

“I often remind people that Bet365 was not first to market. They are market leaders now and the way to win obviously in this business is the economics of customer acquisition, customer retention and extending out lifetime value. It is very, very early days in the U.S. with respect to all the gaming ecosystem”, Ader revealed.

“As a marathon runner, I see a lot of people run out and in the first five miles they’re doing great, but they’re very easy to pass at mile 18 and what matters is towards the end of the race”, Ader said.

With so much attention on sports betting, is the U.S. headed for a regulatory clampdown, similar to the U.K.?

“I would say definitely”, Ader said.

“Eventually there will be controls because its an industry that deserves to be highly regulated and I think the U.S. is clearly behind the U.K. and Europe but as it matures, I would expect to see higher taxes, more controls, more protections in place”, he added.

Online sports betting as a standalone, or is an online casino component necessary?

“Online casino is very important”, Ader said and he referred to it as “the golden opportunity”.

“Sport betting gets you into the market and has opened up the U.S., the leagues got behind it, politicians got behind it, but the real profitability will come from online casino”, he said.

“Its coming and we’ll see which state pushes first but there’s no question about it, we’ll have all verticals in the U.S. towards the end of the decade and I think most exciting is the live table option”, Ader added.

“The Asia online market is an incredible market – it’s a gigantic, gigantic business. Its highly controversial so most people in my shoes love it and hate it”, Ader said.

“I love the liquidity and the size and the scope and what I hate about it – and I’m speaking about it more in the context of Playtech – is the reputational issues that it creates”, he added.

Ader predicted 2021 is going to be the year of Macau’s recovery and said that we can already see signs of revival. He also predicts in Macau, over the course of the next five years, post-pandemic, that we’ll see licensed online gaming for those that are in Macau.

LatAm is not as hot as people think, at least not yet

When asked what he thinks of the opportunities in Latin America, Ader responded with, “Its certainly emerging”.

He went on to say that what he’s found throughout the region over the years- and not just specific to gambling- is that it tends to ramp slowly and fall short of expectations.