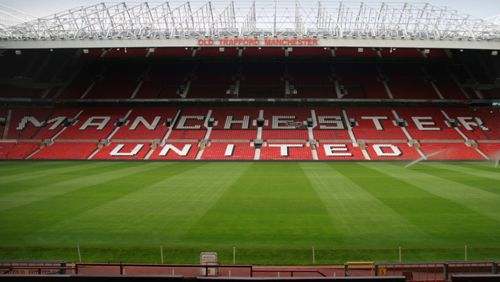 Manchester United boss Ole Gunnar Solskjaer is the outright favourite to be sacked in the English Premier League (EPL).

Moves against Solskjaer come after word leaked to the UK media that former Tottenham Hotspurs boss Mauricio Pochettino has been approached by at least one major European club. United bosses will loathe the idea of missing out on a major managerial target, but at the same time will be wary of sacking Solskjaer this early in the season.

Solskjaer’s team face a crucial test against Everton this weekend at Goodison Park, following an embarrassing 2-1 loss to Istanbul Basaksehir in the Champions League.

Manchester United have struggled for any shape of consistency in the restart to the season and currently languish in 15th spot on the EPL ladder. United have won only two of their last six matches across all competitions. Their defeat against Basaksehir comes on the back of a 1-0 loss to league rivals Arsenal at Old Trafford.

After the comical defending against Basaksehir, Solskjaer returns to Goodison Park; the scene of one his worst results since taking the United job. United were comprehensively thrashed 4-0 in the corresponding match 12 months ago.

With the shadow of Mauricio Pochettino hovering, Solskjaer was about the pressure he was facing heading into the clash with Everton.

“I decline to comment on such a thing. It is early on. Opinions are there all the time. We have to stay strong. I am employed by the club to do a job and I’m doing that to the best of my ability with my staff,” Solskjaer told local media.

Mauricio Pochettino can understand the pressure that Solskjaer will be feeling. The former Spurs boss was famously sacked last season, after leading Spurs to the Champions League Final against Liverpool.

Pochettino told Sky’s Monday Night Football that he was ready to return to top-flight management.

EPL Odds Next manager to Leave