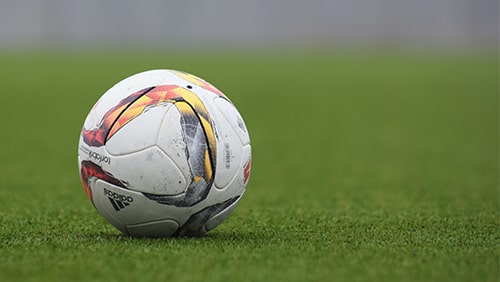 The Nations League sees hostilities resume this coming Tuesday and Wednesday as countries such as Italy, Germany, England and France all battle for supremacy.

Who will come out on top? We’ve previewed the big games below, with our sportsbetting tips all able to be placed before each game kicks off.

Let’s find out where the value is.

While on the face of it, this could easily be identified as a close game, in reality, Germany should have the beating of Switzerland without breaking too much sweat. The Germans are currently in second place in Group A4, too, a point behind Spain, so could really do with the win.

Matthias Ginter has an assist and a goal to date in Germany’s games so far, and games have been fairly tight, with the reverse fixture between the two countries a month ago ending 1-1.

Ginter, Germany’s number four, is an attractive 11/1 best price to score at any time, and while we think Germany will win, they’re 4/9 across the board in a straight bet, so take the 11/4 on offer that Germany win by a single goal instead.

Another close match should take place at Wembley where England, fresh from proving us right by beating Belgium 2-1 at the weekend, take on Denmark, who thrashed Iceland 3-0 on Sunday evening.

England looked very dangerous in the second half against the Belgians, and if they can kick off this game better, could well hold off Denmark, who have a sturdy team but are missing the flair that previous midfielders such as Michael Laudrup.

Former Spurs playmaker Christian Eriksen has had a torrid time in Italy, struggling to cement a place in Antonio Conte’s Inter Milan team, but on the International stage, he has 33 goals in 99 appearances, a phenomenal return for anyone in the middle of the pitch. Bizarrely, Eriksen, still only 28, would need only 24 more goals to level at the top of Danish goalscorers in history and just five to overtake the mercurial Laudrup.

England are 11/4 to win with both sides scoring and while we wouldn’t often tip Denmark to get amongst the goals, England don’t look convincing at the back and with defensive changes expected, they may need to do exactly what they did on Sunday night. If you fancy a repeat of Gareth Southgate’s men to come from behind, then that’s 10/1.

A rerun of the 2018 World Cup final, last time these two sides met, France won 4-2 in a copycat score of the final.

This time around, of course, the match is going to be in Croatia, but while that may make the game a little closer, Les Bleus could easily score a couple against a Croatia side who are not in great form and no longer look like the side who reached the World Cup final.

With players such as Anthony Martial, Kylian Mbappe and Olivier Giroud all in terrific goalscoring form as well as Antoine Griezmann performing like a maestro in midfield, France should get the job done and scoop up all three points. To do so, it’s likely that they’ll need to score a couple of goals, and they’re odds against to do so.

Our tip: Leandro Trossard to score at any time (5/2)

Our tip: Norway to be winning at half-time and full-time (6/5)