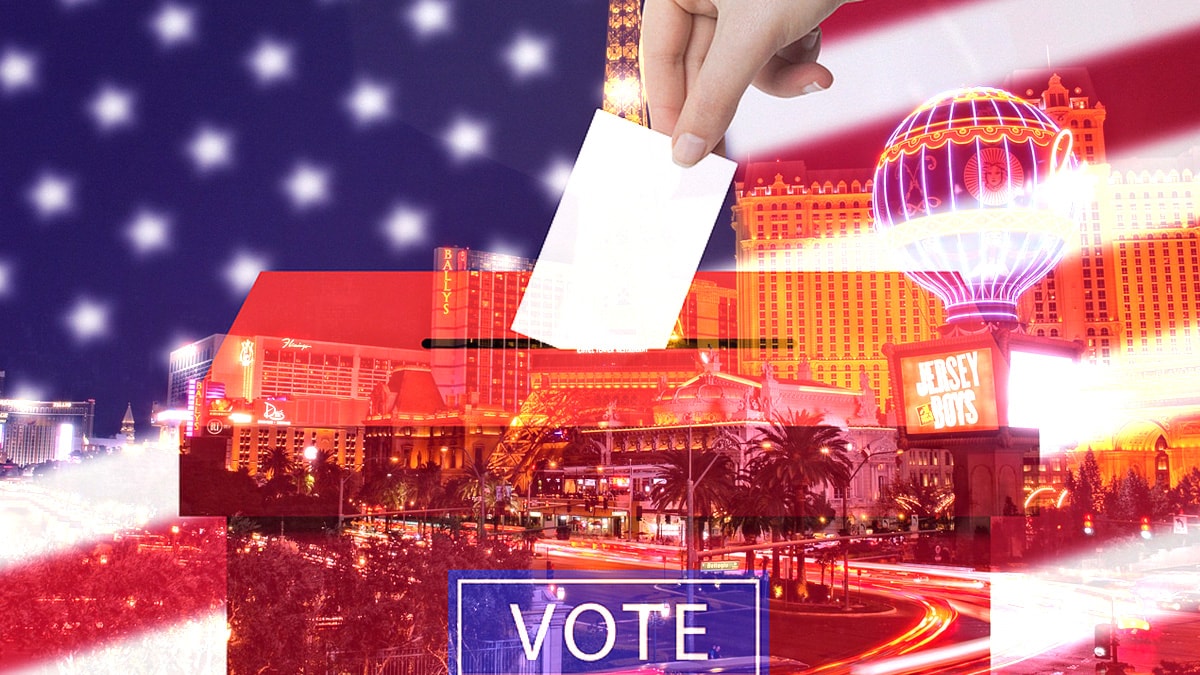 We’ve got three more weeks until elections in the United States. After that, we have until January 20th to figure out who the president is. Whatever ends up happening will have profound effects on Las Vegas casinos for the foreseeable future.

Usually, either the Democrat wins, or the Republican wins. I believe the best scenario for Las Vegas is that Joe Biden wins, because it will increase the chances that lockdowns and business restrictions will end sooner, which will of course be best for the casinos fundamentally. If Donald Trump wins, then chances increase that the lockdown regimes will drag on further, snuffing out whatever remains of economic activity. That may sound counterintuitive, given that Biden is the so-called “lockdown candidate” saying he would institute national lockdowns if advised to do so, while Trump has so far resisted national lockdowns and will continue to resist them. Still, I stand by my reasoning, which I’ll explain in a minute. First, the third and by far the worst scenario short term for stocks must be dealt with. 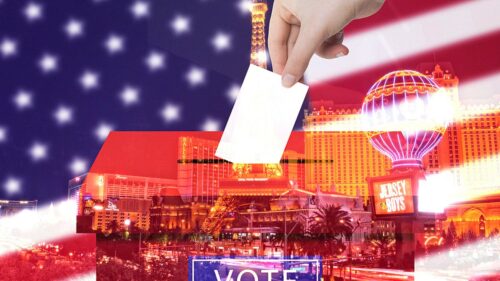 The third scenario is that we have a long, drawn-out contested election where nobody clearly wins and there are mutual recriminations of fraud and an attempted coup and all the rest, into and perhaps even past the January 20 transition of power. With the amount of mail-in ballots this time around given the pandemic mentality of much of the electorate, it’s going to take a significant amount of time to count it all, and recriminations of mail and voter fraud are inevitable.

If we do indeed see that third scenario play out, it would be a disaster for stocks, and I’m not talking about a simple lack of political certainty here per se. I’m talking about the immediate consequences for the fiscal and monetary side of the equation. I’m talking about a literal constitutional inability of Congress to keep borrowing and spending money at light speed, simply because there would be no recognized presidential authority to sign the spending bills past January. In that case, the life support that government spending has temporarily extended to capital markets, will be cut off, and we could be back in a March crash situation.

Here it’s not just a question of the Federal Reserve printing more money and handing it out to banks, which could theoretically go on even if there is no recognized presidential authority past January. The mathematical truth that almost nobody is talking about is that without Congress borrowing and spending even more trillions, then the Fed will be out of Treasury securities to print the money to buy.

Here are the calculations. According to the latest data out of the U.S. Treasury, there are $13.148 trillion on marketable Treasury notes and bonds outstanding. The Fed already owns $3.815 trillion of them. That brings the available pool down to $9.333 trillion. According to the latest Treasury International Capital figures, total foreign ownership of U.S. Treasuries now stands at $7.0872 trillion. Printing money to buy those will destroy the dollar’s status as reserve currency of the world and destroy its purchasing power, because what makes the dollar the reserve currency is precisely the fact that it is owned so heavily overseas. So those $7.0872 are essentially off limits as well. That brings the total available pool of debt yet to be monetized down to about $2.25 trillion, only 17% of the entire global market.

At the current rate of purchase of U.S. Treasuries and with only $2.25 trillion left, the Fed will own the entire domestic market within a year. In my opinion, it is for this reason mainly that Fed Chair Jay Powell is begging for a new multitrillion dollar spending bill from Congress. Because otherwise, he’s out of paper to print new money on. Without that, all the asset price inflation the Fed has managed to achieve since March, could quickly disappear. So in that sense, if you own stocks, especially bubblicious ones like Penn National Gaming, you better hope there is a recognized president in the White House to keep signing trillion dollar spending bills. 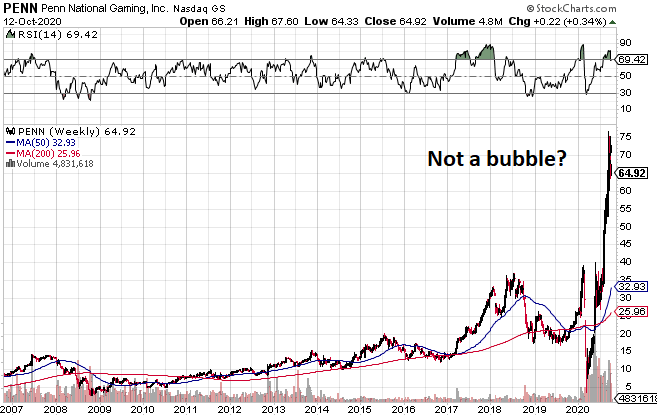 Provided there is an inauguration 112 days from now, the thing casinos really need is the end to restrictions, especially in California, which feeds Las Vegas. Los Angeles and San Francisco alone account for nearly 20% of all visitors to Las Vegas annually, and San Francisco right now is experiencing a historic, unprecedented exodus, much of it to Texas. Real estate listings have doubled from May to July, rents are in freefall, and the rich particularly are fleeing. The situation in Los Angeles is not much better. The long term effects of this exodus on Las Vegas will be long-lasting.

How would a Biden Administration help stem the bleeding? I’m not sure it would really, but the chances are better than another round of Trump. The reason is that the mainstream media, except for Fox, and much of the unelected bureaucracy in the U.S., is on Joe Biden’s side. If he becomes president, it is more likely that frantic coverage of the COVID-19 pandemic would start to subside, and we would see more slanting in favor of Biden’s skillful handling of the crisis. Instead of a constant focus on the spike in cases, the focus could shift to the plummeting death toll, both of which are happening now. How anyone may feel about the pandemic situation all depends on what people want to focus on. Start calming people down, and that increases the chances of restrictions letting up on businesses faster.

A second term for Trump though would more likely continue the image battle exactly as it has been waging for 8 months now, including a retrenchment of lockdowns and restrictions on normal human activity, and the exodus from California would continue and even intensify, with the effects on Las Vegas extending for years, perhaps even decades into the future.