The first day of CoinGeek Live saw several Bitcoin experts explaining how the future of money and the internet will look with Bitcoin SV. This 3-day conference kicked off with a focus on payments, financial services, regulation, and the newest developments on the BSV blockchain. 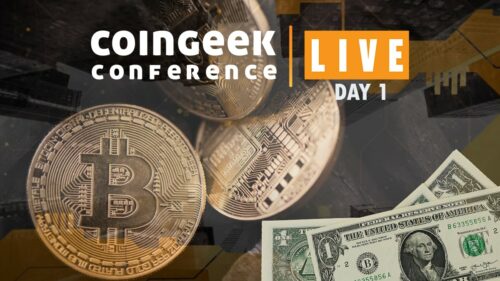 The day kicked off with a message from Bitcoin Association Founding President Jimmy Nguyen. He focused on the history and vision of Bitcoin, and its destiny as the “one world chain.” Thanks to BSV returning to the original protocol set out by Dr. Craig S. Wright, under the pseudonym Satoshi Nakamoto, Bitcoin is now providing immense business power by acting as a ledger for not just payments, but data as well. “It’s a fusion of data and money,” Nguyen said.

Unlike the other blockchains that have popped up since 2008, Bitcoin will act as “the foundational rule set for an entire network,” Nguyen said, and is “re-inventing the internet.”

To do that, Bitcoin has to grow, and BSV has been allowed to scale massively. BSV currently processes over 2,800 transactions per second, and is looking to hit 50,000 in the near future. That’s because any blockchain hoping to serve enterprise needs has “got to scale,” Nguyen said, and it has “to scale big.”

Following that opening address, Steve Shadders, CTO of nChain and Technical Director of the Bitcoin SV Node project, spoke about “the last missing pieces to truly realize the peer to peer vision that was layed out by Satoshi Nakamoto in his 2008 white paper.” He then broke down several of the new technologies BSV has introduced that makes it easier to send transactions, with the newest method, Simplified Payment Verification (SPV) channels demonstrated live on stage.

Later on in the day, Dr. Craig S. Wright spoke about another important new concept for the BSV blockchain, PUFS (Physical Unclonable Functions.) Internet of Things devices will be able to use PUFS to work better together, and solve identity problems on the network.

From there was an exciting new way of monetizing the virtual world. Robert Rice, Founder & CEO of Transmira Inc. introduced OmniScap, a blend of Virtual Reality and Augmented Reality that can help monetize a virtual world with Bitcoin SV. Imagine having a casino built in VR, with the ability to monetize every game and area the user visits. That can happen.

That’s not the only reason the gambling industry might want to check out Day 1 of CoinGeek Live. There were several panels featuring payment companies like Anypay, Zumo, Gap 600, CENTI Ltd. There was insight into the finance and banking sector from the Swiss National Bank, Drawbridge Lending, White Company, and talk of regulation with a panel of lawyers, government lobbyists and a former regulator.

You can watch all of it below. And if you haven’t signed up to watch CoinGeek Live yet, what are you waiting for? Day 2 is happening today, it offers great networking opportunities, and it’s free to watch by signing up at CoinGeekConference.com.