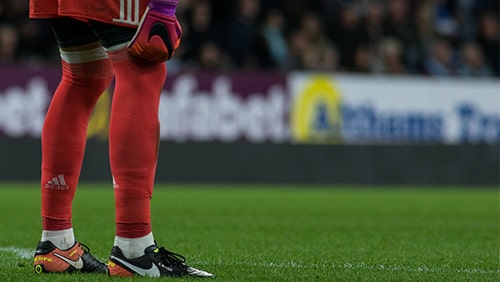 A busy weekend of Premier League action is all set to take place across the weekend as huge clashes at the top and bottom of the division are sure to give some fans the best weekend of the year and others that horrible sinking feeling.

Who’ll win when Liverpool and Arsenal clash at Anfield? Can Manchester United overcome Brighton on the South Coast? There are some very tasty games lined up across Saturday, Sunday and Monday.

In-form Brighton host Manchester United in what should be a very entertaining game on the South Coast. With Tariq Lamptey starring against both Chelsea and Newcastle, the right-back in likely to terrorise Luke Shaw as Manchester United’s much-maligned left-hand side is going to be under close scrutiny.

With United sure to be on the attack given they shipped all three points to Crystal Palace last time out, they need to be wary of Brighton on the break, with their incredible pace and lightning wing-play. We can see both sides scoring and it may take a late goal to grab United a point. Maybe they could do with making a new signing, after Donny Van de Beek became the latest in a long line of United players to score on their Premier League debuts.

A tough game for both sides, it’s almost a shame that this game has come so early in the season, as there’s not a great deal of context to it in truth. Leicester City go into the weekend on top of the table, but Manchester City won well at Wolves last time out in their first game of the Premier League season to prove they are Liverpool’s most likely challengers this coming season, and that’s three points more than they got at Molineux last season.

This could be the kind of game where the odd goal in five proves the winner. City are looking great going forward but so are Leicester. Both defences look like they could concede but while The Citizens are 6/4 to win in a game where both sides score, we much prefer the odds on them winning by a single goal, a huge hike in price for something that we rate as equally likely to happen.

This should be an absolute corker. With both sides already having won both their games, scoring plenty and conceding a few too, there’s no reason why this shouldn’t be a close yet free-scoring game.

With Sadio Mane in great form, he could well get some joy against an Arsenal defence who are vulnerable to channel ball sin behind. While The Gunners are likely to concede, they look a dangerous side in attack and with Bukayo Saka and Alexandre Lacazette supporting the talisman of the North London side, Pierre-Emerick Aubameyang.

Our tip: Kai Havertz to score and Chelsea to win (9/4)