A frankly incredible weekend of Premier League football saw some amazing goal-packed games, with three seven-goal thrillers consuming fans along with the great news that the Premier League has struck a new deal to share football on Chiense television. 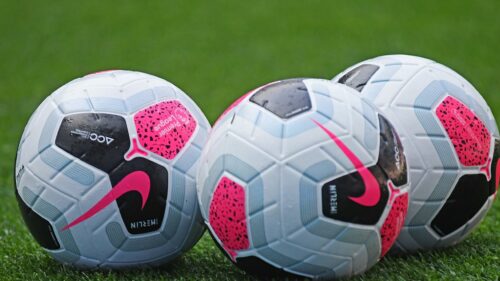 To the action, and the highest average goals per game across eight games for a very long time in the Premier League

Southampton continued their poor start to the season as they were trounced at home to a Spurs side buoyed by the signings of Sergio Reguilon and former club legend Gareth Bale.

The Saints started fresher, no surprise given their opponents Europa League excursions on Thursday night, and took the lead through Danny Ings’ smart turn and neat finish. Spurs were soon level though, as Harry Kane’s through ball was pounced on by his teammate Son Heung-Min to draw the sides level.

After the break, Spurs simply ran riot, Son scoring three more times, each goal coming from a Harry Kane assist. Kane eventually got on the scoresheet himself, making it five and sealing Spurs’s biggest win under Mourinho since his arrival almost a year ago.

A late consolation penalty for Danny Ings meant little to The Saints, who need to arrest their propensity to push too far up the pitch when trailing, leaving themselves open to the counter-attack. For Mourinho’s Spurs, a boost ahead of an intensive period of activity that will see play a game virtually every three days for a fortnight.

Amid all the shocks of the weekend, perhaps the result at Old Trafford stood out. United, so impressive in the second half of last season, showed exactly why they needed a 16-game unbeaten run to salvage Champions League football, culminating in their final day victory over Leicester.

With just over a week to go in the transfer market, The Red Devils will want to plug gaps in defence that are affecting this side’s ability to progress. While a right-sided player such as Jadon Sancho would be great, United we’re constantly exposed down the left-hand side as Luke Shaw and Marcus Rashford were keenly exposed by a vibrant Palace performance.

After Andros Townsend ghosted past a static Shaw for the opening goal after seven minutes, United weren’t urgent enough or energetic enough to put their less glamorous opponents in the shade. The second goal for The Eagles owed a huge amount of luck to a VAR decision to award a penalty for handball that virtually every pundit condemned as nonsense.

David De Gea saved the initial penalty from Jordan Ayew, but the spotkick was re-taken after the Spanish number one was adjudged to have moved off his line, an odd decision given TV replays were inconclusive in the extreme. The resultant retake was converted by Zaha instead and, after United had given themselves a glimmer of hope due to Donny van de Beek’s debut goal, Zaha lashed home a third after more defensive ineptitude, this time from Victor Lindelof.

United, then, have work to do, both on the pitch and in the boardroom. The next fortnight may shape United’s entire season and it’s only September.

The current champions were given another three points after their opponent imploded defensively on Sunday evening. After an opening day victory against Leeds United that owed a lot to the Yorkshire side’s inability to defend, Jurgen Klopp’s defending title-holders were being kept at arms length until near the end of the first half at Stanford Bridge.

First, Chelsea’s defence parted like a blue sea to allow Sadio Mané to run into Jordan Henderson’s through ball. But to add insult to injury, centre-back Andreas Christensen was all over Mané, hauling him to the ground as keeper Kepa Arrizabalaga was about to reach the ball. A straight red for Christensen and Chelsea faced a second half with ten men instead of eleven, the gift of an extra man gladly accepted by a gleeful Liverpool.

Mané turned goalscorer in the second half, heading home to open the scoring before an inexplicable mistake from Kepa saw the Senegalese striker intercept his horrific pass out to gleefully gobble up a second. Game over, and just like that a brutal lesson for Frank Lampard to take, his Chelsea side already having conceded three league goals. Last season they shipped 54, and it prevented any kind of title challenge.

Liverpool, possibly laughing into their sleeves, made it out of West London will all three points after a smash and grab where the hosts broke open their own front door to help their home to be plundered.