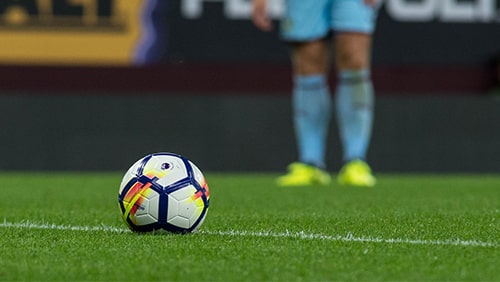 The second week of the Premier League features all 20 teams as both Manchester clubs, Aston Villa and Burnley join the party. Which teams will continue their good form from pre-season and which others will struggle as they adjust to the new campaign? Let’s look at finding some value.

United’s first game of the season is a lot more difficult that it looks at first glance. Last season, United toiled in vain against Roy Hodgson’s stubborn Eagles side for over 90 minutes. Trailing early, the Red Devils eventually equalized, only for a late Patrick van Aanholt winner to stun Old Trafford into silence.

This time around, of course, United come into the game looking a little different in the middle of the pitch, with newcomers since the start of the year Bruno Fernandes and Donny van de Beek adding a lot to the midfield. Crystal Palace are a little more match-fit, however, and in Wilfried Zaha and Jordan Ayew, have dangerous players who can hurt the Red Devils and while we think the home side will improve on the result of last season’s corresponding clash, we can’t see Palace going quietly.

While Spurs continue to try and bring Gareth Bale ‘home’, two of the Welsh wing wizard’s former sides clash on Sunday. The Saints have started the season, one they were tipped for great things in, in poor form, losing to Crystal Palace and Brentford in two disappointing trips to South London.

Sunday will provide a different test, with Jose Mourinho bringing the bus to the South Coast. In games such as these, we see old players coming back to haunt the former sides being dangerous further up the pitch. Pierre-Emile Hojberg could be a real threat and we can see the North London side nicking it late on.

A real test for the first time for both sides this season, with the only top eight clash so far this season taking place at Stamford Bridge. Chelsea and Liverpool both got off to a winning start last week, but both have serious question marks over their defences.

The Merseysiders conceded after leading three times and while some of that was down to individual mistakes, there’s a collective lackadaisical look that permeates through the side if left unattended. It’s not unexpected; this is a team that have been phenomenally consistent for over two and a half years.

Chelsea are on the up and yet are still not the finished article. For all of Frank Lampard’s spending, the West London hitting £200 million in the outlay column, the defence still looks leaky int eh extreme and Liverpool could punish that severely, especially if Mo Salah is firing after his opening day hat-trick.

Take the over on 3.5 goals and if you’re party to some late decisive team news, throw in a bet on 3-2 to that side. At odds of around 22/1 for the current champions to win by that score and 28/1 for Chelsea to take the win by the odd goal in five, there’s every chance it could happen with these two defences.

Our tip: James Rodriguez to score and Everton to win (11/4)